WhatsApp To Introduce A New But ‘Confusing’ Feature 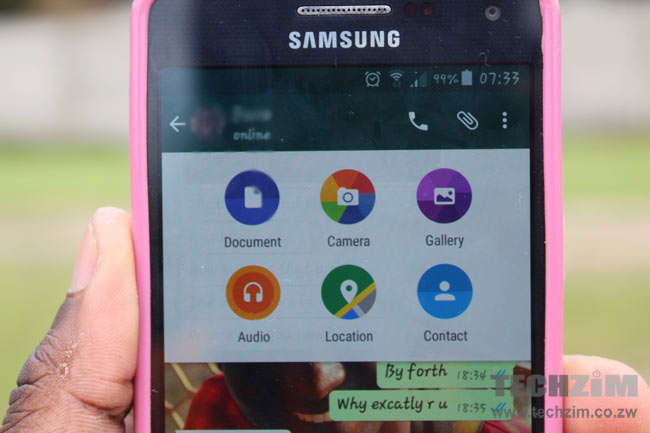 Sending files across WhatsApp is a pretty straightforward process. All you have to do is choose the person or group that you want to send the files to, select the file(s), hit send, and you’re good to go. However according to a report from WABetaInfo, it appears that the company is going to roll out a new (confusing) feature called “Predicted Uploads”.

So how will the Predicted Uploads feature work?

Phew! I hope you will understand this

Basically, it is designed to make the sending process more seamless and to cut down any waiting time when sending photos. It helps users save a fraction of a second, that is the time between selecting the photo and hitting the send button. It basically means the tiny clock icon that appears in the photo while it is being shared with the intended user won’t be seen anymore. If you’re the type of person who values every second, this can be a cool addition.

Usually what happens is when you send a photo, you are brought to the editing screen first where you can crop it, add captions, doodle on it, and so on, but with this predicted upload feature, a copy is sent to WhatsApp’s servers in anticipation of you sending that file. The file remains on WhatsApp’s servers until you hit that “Send” button, which means if you decide not to send it, nothing will be sent.

When the user decides to discard the photo after it has been sent to the server, the report says, the photo will be deleted. In a nutshell, it means that the recipient of the intended photo won’t get the image until the user taps the ‘Send button’.

With the recent scandal which saw Facebook, WhatsApp’s parent company, accused of misusing users data, I hardly think that they will delete the photo on their servers. But again companies like WhatsApp and Google are now bound by a new rulebook, GDPR so WhatsApp may live up to its word. Another reason not to be worried is that the image uploaded to the server is end-to-end encrypted meaning that ‘Predicted Upload’ is a secure process.

Videos and GIFs, which usually take a long time while sharing, are not supported by WhatsApp’s “Predicted Upload.”

Data is pretty expensive in Zim and with WhatsApp unilaterally uploading a photo to its servers, it means that user’s data will be consumed more. And for that, I already dislike the Predicted Uploads feature. It is even irritating when one’s data is consumed for an uploaded photo (on WhatsApp servers) which you then choose not to send to a contact.