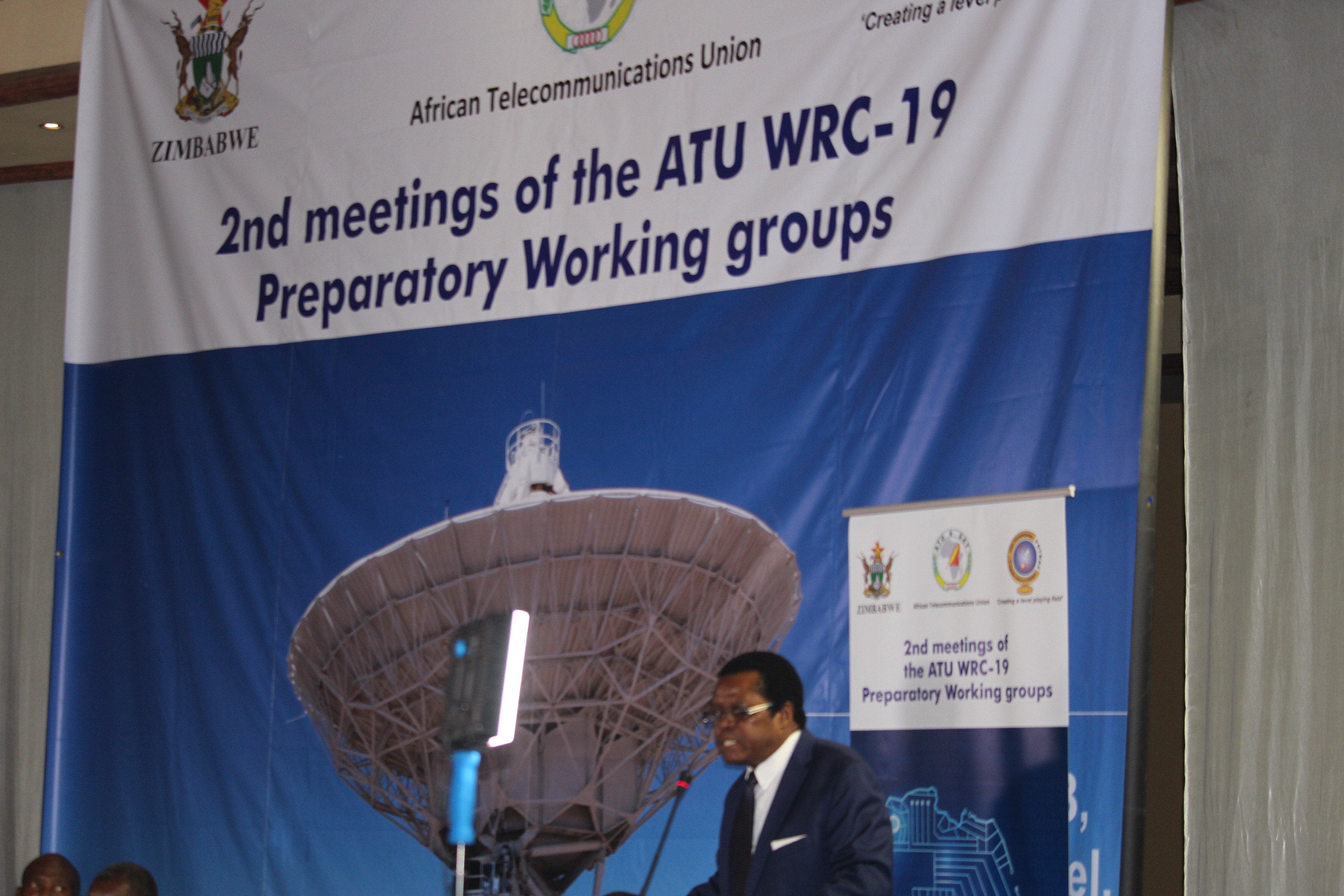 The event was hosted as part of African Telecommunications Union (ATU) initiative to increase development of the continent’s information and communication technology (ICT) infrastructure. The Preparatory Meeting will harmonize Africa’s radio communications requirements and present them at the WRC where all continents will be there.

At the Preparatory Meeting, delegates will deliberate over the course of 4 days on how to tackle challenges being faced in radio communications among many topics. Most importantly the preparatory meeting is going to look for ways to improve and harness radio communications for the oncoming 4th Industrial Revolution.

POTRAZ Director General, Dr. Gift Machengete articulated the crucial and complementary role of radio communications in making life easier for people in the coming age (4th Industrial Revolution) through the seamless interaction between people and machines or machines and machines. The interaction being underpinned by Big Data, Artificial Intelligence, Internet of Things etc.

He went on to say that if radio communications resources are optimally used, the worrying digital divide will be swiftly closed and therefore affording many poor people and opportunity to create wealth.  the Director-General said;

In a world where radio communications are playing a more and more crucial role, in not only connecting people but in connecting people to things and machines-to-machines; a world wherein the intelligence of mankind is increasingly complemented by Artificial Intelligence, Cloud computing….we surely have to upscale the utility of our wireless resources to help ensure that the digital divide….

The meeting was officially opened by Permanent Secretary, Sam Kundishora who implored the delegates to make policies (better allocation of spectrum resources) that work hand-in-hand with emerging technologies to increase the connectedness of Africans and reap the benefits of the nascent 4th industrial revolution. Engineer Kundishora said;

……with e-commerce, e-government services, e-agriculture, e-Health, e-education, Artificial Intelligence, Virtual Reality and Massive Machine Type Communications ……..is no doubt that Africa needs to set its priority right in the allocation of spectrum resources in order to avoid being left behind in the 4th Industrial Revolution……..our continent has the highest number of unconnected people – let alone things.