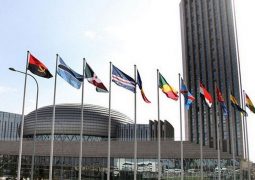 I was thinking one day on how many people in the world have a lot of money. Out of all those people it’s fair to say that most of them have charities or donate to some charities of some kind. Many of these charity organizations are pouring money towards Africa. The question that came to mind was why are things not changing. I mean I don’t expect those donations to really lift the continent from the mud but they should be a slight difference, right? I thus, begun to theorize on why donations can never really work and the following was what I came up with.

Naked baby with flies all over

Firstly, it’s the donors themselves. Most of the people pouring in money to African countries have little knowledge of what is going on in African countries and they don’t know the root of these problems. Being that I study abroad I hear conceptions about Africa that are quite interesting to say the least.

I can’t speak for other developed countries but people here in the United States (most of them) know about Africa through CNN. All they know then is there are children starving in Africa because they see images of naked hungry African children on television. So, all they know is there are children starving and they pour out money but I believe for more effective help people need to understand why are these children suffering. This is not taking away from the good hearts these people have but as the title suggests sometimes a good heart alone is not enough.

This then goes on to the second problem. Most problems in Africa have one root, our institutions. We are where we are because of our political institutions. During colonization, we had institutions that were benefiting a small elite and after independence, the institutions did not change the only thing that changed was the elite.

So why does it matter? It matters because if the problem is institutional then donations alone are not going to cut. Due to the fact that the institutions are corrupt, the funds may not even reach the intended targets,  they are just used by the government to benefit the political elite. Sometimes these political elite actually rely on foreign aid like Mobutu who relied on foreign aid to buy support and further enrich himself.

It’s sad that sometimes only a little bit of the funds reach the people it was intended to reach and even that little bit, reaches the people during election time so as to keep the people in a loop where they would continue to vote for those in power.

This leads to the third problem I will discuss in this article. Donations create a cycle that is very hard to get out of and the people who are suffering from this cycle are those that need help. As noted above some of these corrupt institutions actually rely on foreign aid to further their endeavours.

This then becomes a cycle the powerful rely on the foreign aid to further enrich themselves and then when it’s election time they give a little bit to those who the funds were intended to reach in the first place. In a way to secure votes. The poor, because they are desperate continue to support those in power for the little donations they are receiving. So, after everything, nothing is really solved the powerful get even richer and more powerful and the poor are more under subjection and continue to get poorer.

With all this being said we realize that it is time for the world to change its approach when it come to ‘helping Africa and other developing countries.’ How does it happen when it’s the institutions themselves that are the problem?

I am obviously biased towards entrepreneurship development but this has also not given stellar results all the time. My optimism tells me that we are closer to figuring out how to break out of this vicious cycle especially as access to information is becoming more and more ubiquitous. People are now more able to call their governments to account in the precious years between elections. I trust soon, African people will start demanding better institutions.

Tawanda Nyahasha is a Zimbabwean studying towards a degree in Psychology at Johnson C Smith University, Charlotte, North Carolina, USA. You can reach out to him via Facebook.

8 thoughts on “Developmental Aid In Africa: When A Good Heart Is Not Enough”