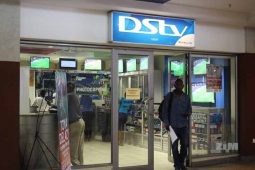 As a tribute to the late Nelson Mandela DSTV is going to set up a dedicated channel, called the Mandela 100 Tribute channel where viewers can follow the former president’s life through a series of documentaries, films, and archive footage. The pop-up channel  ‘DStv 199’ will launch on his birthday, Wednesday 18 July, at 19h00, and will run for only five days. DSTV said;

This year we celebrate, honour and pay tribute to a legend. In commemoration of the Nelson Mandela Centenary 2018 Be the Legacy campaign, M-Net invites you to get closer to the legend in our brand new tribute channel. From the 18th – 22nd of July be part of the celebrations by tuning into Channel 199 for movies, documentaries and exclusive interviews around the icon. Available to all DStv Customers.

According to Screen Africa, the following are some of the programmes that will be shown on the Mandela Tribute Channel;