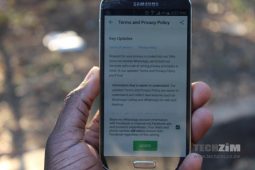 Following a series of mob violence that has resulted in dozens of deaths in India, Whatsapp is now looking at drastically limiting the number of messages that can be forwarded. Whatsapp hopes this can reduce the impact of messages meant to provoke violence or spread of false information.

After a fairly useless update which saw forwarded messages get labelled forwaded, it seems Whatsapp may be ready to take more aggressive steps. Whatsapp is rolling out a feature that will limit forwarded messages per chat. Users will now be able to forward a message to a maximum of 20 users down from 250. InIndia the grip is even tighter as messages will be limited to five users at a time.

The quick forward icon which is usually next to media messages will also be laid to rest as Whatsapp look to appease the Indian government who have told them to find ways of reducing circulation of false and provocative texts.

A spokesperson for Whatsapp said:

We’re horrified by the violence in India, and we’ve announced a number of different product changes to help address these issues. It’s a challenge which requires an action by civil society, government and tech companies.

These changes, though minor, will add friction to the forwarding process. Once something requires more steps to execute then the logical conclusion is that fewer messages will be forwarded going forward. Pun intended. Just how effective this will be is yet to be seen.

The fact that Whatsapp is describing these new features as ‘test features’ is an indicator of the fact that they are not entirely sure how effective these features will be. In the case of Indian mob lynchings for example, what if one of the 5 chats one is able to forward messages to reacts in a hostile manner and violence erupts? Of course the limit reduces the chances of such an occurrence taking place but it doesn’t entirely solve the problem.

Is the Indian gov pointing fingers?

I also think the Indian government is placing blame on Whatsapp for what is largely the irresponsibility of their own people. Whatsapp’s hand is forced since India is their largest market with over 200 million users’. At some point I’m sure we have all heard the saying, “When you point one finger, there are three fingers pointing back to you.”