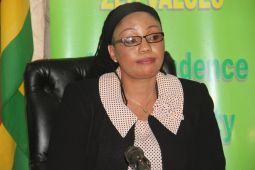 Zimbabwe Electoral Commission (ZEC) promised that they are going to investigate whether Zanu PF was using ZEC’s database to send the controversial unsolicited SMSes to unsuspecting people. Well, now they have got back to us with a report of their preliminary findings from the investigation. ZEC’s preliminary findings reveal that some of the people who received text messages from Zanu-PF are not on the voters roll. Disclosing the findings; ZEC boss, Priscilla Chigumba said;

Our preliminary finding showed that some of the people who received the messages were not even on the voters roll.

By the look of it, if some people not on voters roll received the ‘unsolicited messages’, it means that Zanu-Pf is not using ZEC’s database.

At the same time, Econet’s and Potraz’s list of subscribers doesn’t have constituency addresses. I guess this somewhat absolves Econet and Potraz to a certain extent in this scandal.

Although it’s technically possible to use Econet’s database and dig out the constituencies of people, it’s a very tedious and inefficient procedure which needs unthinkable time. Given that not everyone received the ‘unsolicited messages’, thus rendering the procedure inefficient could it mean that Zanu-PF used this long route?

10 thoughts on “More Mystery: ZEC’s Preliminary Investigation Reveals “Some People Who Received Messages From Zanu-PF Are Not On Voters Roll””