My Voting Experience; More Technology Would Be Nice 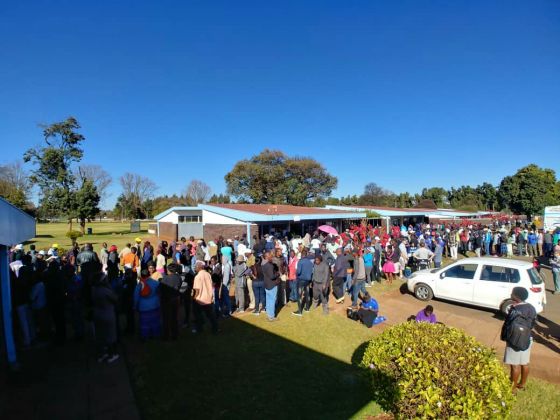 Yesterday we had a power cut and my sister jokingly said they had channelled all the electricity to the polling stations but of course that is impossible because there was absolutely nothing that needed electricity at the polling stations at least there was nothing at the one I went to. The queue was moving at a snail’s pace because they were looking through this book for names and it was taking forever. Biometrics were used for voter registration and people mistakenly thought it would be used for verification too but ZEC had not planned to do that. We are in desperate need of biometrics to be used for voter verification as well. What should be holding the queue is someone who went to the polling station undecided not that a ZEC official is looking for your name in some thick book.

I wasn’t voting in 1980 but I can imagine that voting was working in 1980, the same way it was yesterday. My heart sank because we are certainly not any step closer to voting from home which is what the future should hold, zero inconvenience. So for now we will celebrate the drones and the ‘clean’ voters’ roll from biometric voter registration. But this is what I hope for in the near future when we perhaps have the means (if that’s the reason we don’t have it by now).

A system that connects everyone everywhere

You should be able to vote at any polling station in your area or any area even. A machine should just capture your fingerprint and it registers everywhere that you have voted at a certain polling station. We really should not be removing our nail polish to vote or getting our fingers marked. A lot of people were turned away because they had stood in the wrong queue and they had to go and spend several hours in another queue such inconvenience should not be there.

It would also be great if it could take note of everyone who entered a polling station so you can check on your phone which polling station has how many people when you are still at home and decide to go to the one that has the fewest people.

The voting system should be automated so that you can select a candidate on a computer and you can only select one so there is no possibility of spoiling. In one area the voting papers were printed without the name of another candidate greatly inconveniencing the voters and the candidate because voting had to be stopped.

The system should tally up votes and, we should have results in less than a day. This can certainly all be done by blockchain technology which also eliminates the possibility of hacking. I know most people are against technology because of that reason. This is not a time to be afraid of implementing technology but a time to embrace it and make use of everything it has to offer.