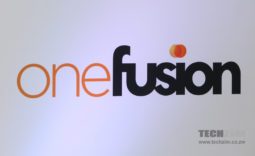 Zimbabwe’s second largest mobile network operator closed the year with 4.95 million subscribers but this figure has dropped by a shocking 46.9% to end the first quarter of this year at 2.63 million subscribers. This leaves NetOne with a market share of 23% a drop from 35%. This is a scary drop that should alarm NetOne and will be an irritating blow to preside over for the new NetOne CEO, Lazarus Muchenje.

OneFusion is to blame…

POTRAZ attributes this drop to a clean-up exercise that was conducted after the OneFusion:

The decline is attributed to NetOne that has shed about 47% of its subscribers after a clean-up exercise on its subscriber data base.

NetOne’s subscriber decline is attributed to the challenges it faced with its OneFusion product which resulted in many subscribers abandoning their network. The decline also reflects that NetOne had a lot of dormant subscribers who did not perform any revenue generating activity in the first quarter of 2018

What happened with OneFusion?

In February, NetOne subscribers who use the popular OneFusion package begun experiencing problems as they reported that their data was disappearing. Initially, NetOne refused to take responsibility and placed the blame on Facebook and Whatsapp. This was obviously a convenient path to take since Whatsapp and Facebook are huge organisations who wouldn’t respond to news of this kind.

NetOne’s response did not sit well with subscribers who continued to be sold a faulty service even though it was clear by then that OneFusion was no longer working as advertised.

The long arm of the regulator

POTRAZ stepped in and ordered NetOne to compensate all the subscribers that were affected by the mishap. NetOne gave out a measly 150 MB to 177 000 customers who had been affected by the disappearing data episode. Some subscribers complained that they had lost more than 150 MB but those complaints fell on deaf ears.

Shortly after, NetOne revised the OneFusion package -referred to as OneConfusion by this point- and reduced the validity for most packages whilst also slashing data on others. It’s fair to say subscribers were not enthused. There was outcry. But more than just outcry, it is now clear that people have abandoned NetOne left, right and centre. The proof is in the pudding and losing almost half of your subscriber base is very worrying but its also proof of another point we have tried to put across multiple times…

Promotions are not the way to go

Before the plagues that troubled OneFusion had struck, a colleague of mine had already started to doubt how viable offerings like OneFusion are for the telco itself. The fears expressed in that article were that promotions such as OneFusion reduce average revenue per user and there was a high chance that users will revert back once the promotion ends.

The promotion didn’t even have to end for that theory to be proven. A three week period which started with the popping up of  problems and ended with a shift of the OneFusion package managed to cut their subscriber base by almost 50%. Scary.