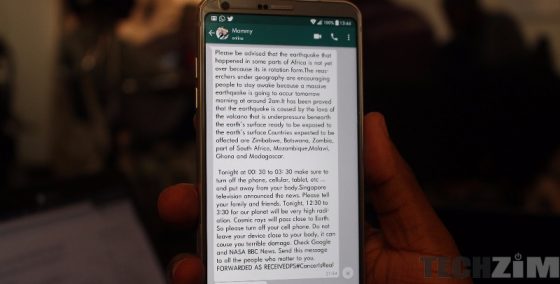 A 21-year-old student in India has been in prison for the last 5 months because he was the admin in a group that an offensive message had been forwarded. The message was then reported to the authorities. The person who sent the message and the admin were arrested. His family has tried to argue that he was not admin at the time the message was sent and the other admins left the group but the police said nobody mentioned this when he was arrested and any evidence is welcome.

On what basis do they even do such things?

Under the Indian Penal Code (IPC) and IT Act, admins of groups on social media can face jail time for sharing messages that are seen to be religiously or politically offensive. So yes in India when you see the message ‘you are now admin’ you should be worried if it’s one of those groups were people just forward all sorts of things.

Considering this student actually missed some exams over a message he didn’t even send, I really do think they should tone it down a notch. I suppose I understand that they want to reduce the violence initiated by social media and even Whatsapp has tried to reduce the amount of times that a message can be forwaded in India. However, I still think only those who have forwaded the messages should be penalised.