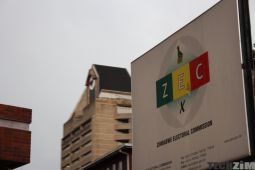 ZEC has urged the public not to abuse social media and announce election results as we await the official word from them. According to the Herald, as early as 8:30am yesterday some people were already circulating Whatsapp messages on candidates purported to be leading in the elections. I’m pretty sure they meant to say 8.30pm but that’s besides the point.

If you are following the elections you have probably encountered some information regarding who is winning and by what margins. Though this information may be accurate in certain instances, this may also be the effect of what is called a filter bubble. If you have never heard of the filter bubble before, Wikipedia describes it as follows:

A filter bubble is a state of intellectual isolation[1] that can result from personalized searches when a website algorithm selectively guesses what information a user would like to see based on information about the user, such as location, past click-behavior and search history.

So in essence what this means is if you belong to a certain political party and your activity on social media is indicative of this, then most probably you are getting filtered information related to this particular party, and this may blur the bigger picture when it comes to the overall election. Practising patience and also some scepticism may be wise when it comes to receiving information in relation to these elections. Don’t be quick to declare anyone as having won anything just yet.

Are there any laws regarding how election results can and cannot be announced?

Of course there are some laws when it comes to who announces results and how it is done, but those laws were made before social media and are not prepared to handle the effect of social media. Silaigwana spoke of this issue:

The biggest challenge is that we have no standing regulations to control social media operations, but then it is illegal for candidates, their supporters or agents to proclaim results verbally or in print before they are declared or announced by the elections officer.

The situation in the country is like the social media is slowly usurping the duties of the mainstream media and ZEC’s autonomy. As ZEC we encourage the public to ignore results from all social media platforms, be it Twitter, Facebook or Whatsapp. It is only ZEC which has the mandate to release election results. Any other person regardless of their political, social or economic clout has no authority in terms of the law to release national election results.

ZEC also made it clear that the publication of preliminary election results is actually in contravention of the Electoral act and could land whoever is held responsible with a jail-term of six months or less.

The word announcing gets a bit confusing since voters and the general public are actually allowed to take photos of results posted outside polling stations and to circulate them. What is illegal is to announce “results” before official results are released. There’s a very thin line between the two but it will be interesting to see how the rest of the election goes and how social media responds as we get closer to the official announcement.

If you want to continue following the elections on social media here are some of the sources you can follow or if you want a view of the general views of the people you can check out the hashtags that are trending on Twitter.