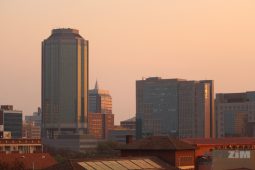 So we recently got an email from Bitclub Network (BCN) and they informed us that they are now operating in Zimbabwe. Knowing that bitcoin scams are a big thing, we had to take a thorough look at what BCN claims they are about and then write about

How does Bitclub Network members get their cheques?

Well, there are two ways;

How does Bitclub Network work?

You’ll get daily earnings based on the pool you have selected;

$500 – 50% of your share comes back from the pool and the rest of your money goes to funding the mining operation. I assume this is for electricity costs and hardware costs. Anyway there are referral based commissions which means you’re basically being ecouraged to get a lot of other people to sign up in order to boost your profits.

Does Bitclub’s Mining Network Even Exist?

It seems their claims of having a mining pool are actually accurate as they have been listed as having being in the top 10 mining pools by a number of publications. I think they do have a mining pool but when a site that acknowledges Bitclub as having the 7th biggest mining pool gives them a backhanded compliment such as the one below, one would have many questions:

Bitclub Network is a large mining pool but appears to be somewhat shady. We recommend staying away from this pool.

The mining pool is there. In fact BCN’s mining pool is apparently responsible for around 3.6% of the world’s mining activity but whether or not that validates Bitclub Network or not will rely on other things on the ground.

BitClub Network was founded by a team of blockchain experts, working together to create an unprecedented mining opportunity. Our mission is to help everyone cash in on the crypto currency opportunity provided by emerging blockchain technology. We’re one of the world’s top 10 Bitcoin mining pools, and have also helped our members increase their digital holdings of Ethereum, DASH, Monero, and Zcash.

That ladies and gentlemen is what the Bitclub Network website says about the ownership structure of BCN. It’s things like these that have you questioning the legitimacy of the organisation. If the team were indeed made up of experts as they suggest would it be so hard to have a page on their site that actually blows the trumpets of these experts and also makes the whole operation legit.

A visit to Bitclub Network’s YouTube page also brings up some questions as the comments section is closed off for every video. I don’t know about you but to me this seems like a way of making sure there are no negative reviews that can be found anywhere on the internet.

That very same YouTube channel has three Bitclub Webinars that have 2 hours and 49 minutes of footage and in all three videos there is no mention of who is speaking. You have someone giving tips and instructions and yet you have no idea who this person is and what their expertise is.

If you’re a sceptic of BCN’s legitimacy, then their YouTube channel is the gift that keeps on giving. BCN claims that they operate their mining pools in Iceland because the cool temperatures save on the costs of running server rooms. They have two videos which are supposed to act as proof of their mining operations in Iceland. The first one titled Bitcoin Mining Facility #1 Iceland is a bit strange because it’s just a video of a camera moving around a server room. There’s no way of making sure this server room is actually in Iceland and not maybe in Norton for all we know but yeah there’s the proof I guess.

As always the video has no people in it so once again we don’t get to see the “experts” who make up the Bitclub Network.

As far back as 2016, BCN was caught in some shady practices. On their website they had some testimonials from ‘members’ but it turned out some of these members were actually in jail and BCN was using their photos for promotional purposes 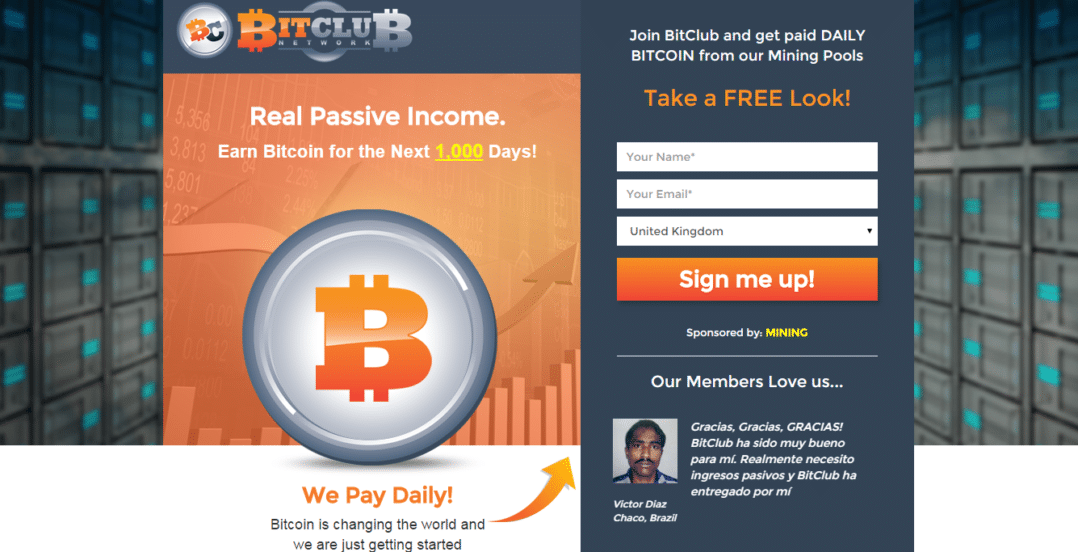 Is this a Ponzi scheme?

Bitclub Network is not an outright Ponzi scheme but there are some Ponzi-like traits it portrays. The Securities Exchange Commission has a list of characteristics it outlines for Ponzi-scheme and BCN fits the bill. As per SEC avoid the following investments and BCN falls in line with most of them:

High investment returns with little or no risk. Every investment carries some degree of risk, and investments yielding higher returns typically involve more risk. Be highly suspicious of any “guaranteed” investment opportunity.

Unregistered investments. Ponzi schemes typically involve investments that have not been registered with the SEC or with state regulators. Registration is important because it provides investors with access to key information about the company’s management, products, services, and finances.Vague language used to explain the investment.

Difficulty receiving payments. Be suspicious if you do not receive a payment or have difficulty cashing out your investment. Keep in mind that Ponzi scheme promoters routinely encourage participants to “roll over” investments and sometimes promise returns offering even higher returns on the amount rolled over.

So is Bitclub Network a Ponzi scheme? I can’t say definitively whether or not they are but if you asked me to put a single dollar in that operation I wouldn’t put my money. As the title advises invest at your own risk if you stumble upon Bitclub Network.

We have sent Bitclub Network some questions about their organisational structure and they are yet to respond. If they do respond we will either update this article accordingly or do a follow up article

7 thoughts on “Bitclub Network Is Running A Large Scale Bitcoin Mining Pool And They’re Now In Harare. Invest At Your Own Risk”