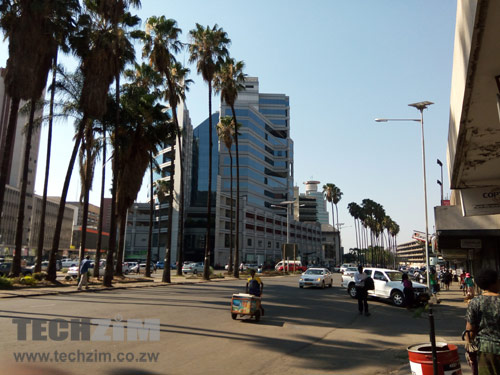 A report by Newsday says that President Mnangagwa has given his assent to the installation of surveillance cameras in some parts of Harare streets. On top of curbing road accidents, the surveillance cameras will also be used to curb crimes such as robberies, one way of contributing to the improvement of national security. The cameras are equipped with night vision meaning that they can record incidents even at the darkest hour. Speaking at the launch of the security products, Mnangagwa;

Initiatives such as this one and the promotion of a broad array of IT applications will cumulatively contribute to the national security situation in the whole country. My government will, therefore, give you all the support you require

When I hear words like surveillance I’m naturally reminded of George Orwell’s Nineteen Eighty-Four book that talks about mass surveillance of citizens by the state. Many dimensions of surveillance are exploited by both government and private companies as in this case, Hikvision. From CCTV cameras capturing our images routinely, tracking our smartphones, biometric recorders, etc., are all used for various surveillance purposes.