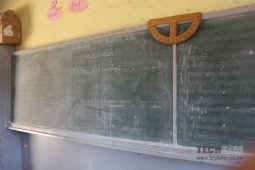 This article may spark outrage in a lot of people especially the older generation because I am about to write against an institution they have known for such a long time that it has now become the norm. Not only has this institution become the norm to them but they also believe it bears results. This institution is boarding schools.

Now I am not here going against every boarding school there is I am only talking about mission schools. For my readers who were not raised in Zimbabwe mission schools are schools that were developed and run by Christian missionaries. The mission school was commonly used in the colonial era for the purpose of teaching western education to the local people.

These days the schools are not run by missionaries per se but they are still run by the respective churches these missionaries were representing. The most common in Zimbabwe if I am not mistaken are Catholic schools although they are others from Anglican, Methodist and other traditional denominations.

So, what exactly do I have against mission schools? Well let’s dive into it. Before I do so I think it is necessary for me to point out that I went to a mission school from form one to form four then I transferred to another boarding school which was not a mission school for my A’ levels. I thought it necessary to include this so that you may know that I experienced all the things that I’m about to talk about.

So, I get to school the first thing I learn is you have to wake up at 4:30 AM. Now when I was in school then I did not complain too much about these things and I’m not here to complain as well but I just want to point out things or rules that are imposed in mission schools and how most of them are totally unnecessary.

Let’s start with waking up at 4:30 AM, the point of waking up that early I don’t really see it. Everything was close by, it didn’t take me five minutes to walk to class and it took me even less to go to the dining hall so what was the point of 4:30 again? Now people will be ready to lash back at me saying that I am promoting laziness and there is nothing wrong with waking up early. However, that is a wrong idea because we are taking efficiency for laziness.

If something is not helping me in any way and it is not increasing my productivity what so ever why keep doing it? Should I do it just because well it’s working hard and I don’t want to be called lazy. The truth however is sometimes working hard is not really smart. I understand discipline is important and will take you far but waking up 4:30 for no reason is not teaching discipline, it’s teaching students that this world is ridiculous and is composed of ridiculous rules- don’t question them, just follow them. That is the opposite of innovation!

Then we run into another problem. We had to wake up at 4:30 and we had to shower with cold water because there was no hot water. To make things worse, we were not allowed electric gadgets like water heaters or electric kettles to heat up the water ourselves. Now, why exactly were we not allowed water heaters but allowed to bring irons is bewildering to me.

If you know that your students have to wake up at 4:30 AM even in winter and you don’t have hot water the least you can do is allow water heaters. Now before you get on me on how I am being a cry baby and how I should take the cold water like a man let me go ahead and say this: if you went to a mission school you know that a lot of people did not shower especially guys.

I mean it was 4:30 AM the water was freezing cold. The funny thing is the headmaster and all the teachers knew that a lot of people did not shower every day. They would say well we got to do better on hygiene but they knew what the issue was if you just install hot water people will roll off to the showers. Now for those who always say mission schools are necessary because they build people of character well how about this, people learn the art of not showering in mission schools.

Even worse, we learnt to lie and cheat as a result. We would sneak in electric kettles. So I guess we did learn character….

Now speaking of gadgets that were not allowed in schools, there was this ridiculous rule that outlawed the use of laptops and cell phones at school. 3 months without interfacing with technologies that are shaping and reshaping business and communities, that was silly for an educational institution to enforce.

It’s even more ridiculous when you realize that an A’ level student was not allowed to use a laptop or phone in school but as soon as they go to college they are like you should learn to use those devices you have to do research and I’m like how just a year ago it was against the rules.

I don’t even want to get started on the food, no I would rather not talk about it.

Now did I have completely horrible time at the school and hated every minuet of it? Absolutely not, I had fun at school but these are just a few things that I could name right now that are not necessary and really have to change. Now I am not saying do away with all the mission school I’m just saying like a lot of things in our education sector they need reform.

Tawanda Nyahasha is a Zimbabwean studying towards a degree in Psychology at Johnson C Smith University, Charlotte, North Carolina, USA. You can reach out to him via Facebook.

6 thoughts on “Did Some Of The Old Mission School Practices Help Me Be An Innovator Or Build My Character?”