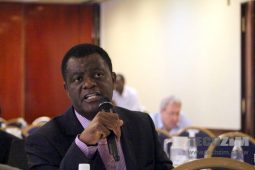 Former Chief Executive Officer (CEO) of Netone, Reward Kangai is accusing the Minister of ICT and Cybersecurity, Supa Mandiwanzira for abusing his power in governing the state-owned telecoms operator. In a series of ‘tweets’, Mr. Kangai is saying that Supa Mandiwanzira is using state media to fight his own personal agenda (in this case) by trying to tarnish the reputation of Netone’s currently suspended CEO, Lazarus Muchenje. Mr. Kangai was referring to the publication of a story by (state-owned newspaper) The Herald alleging that Mr. Muchenje is facing fraud charges from a company in South Africa. Here is what Mr. Kangai was saying in his ‘tweets’;

Another clear indication of the hand of Supa in the raging NetOne crisis for more than 3 years. Sibusisiwe Ndhlovu was found unfit to hold public office through an RBZ sanctioned forensic audit but that didn’t deter Supa engaging her as CFO.

By his own admission, Supa indicated that he wasn’t concerned by people’s past performance, so why now, the big deal about Lazarus Muchenje’s past? Mutandiro, fired from PTC for incompetence but Supa later appointed him at NetOne.

Ultimately, the position of CEO of a State Enterprise, requires integrity. It brings to question how the ICT ministry employed somebody without carrying background checks with past employers. Has the hallmarks of mudslinging by Supa Mandiwanzira.

It is most unfortunate that State media is used by Ministers to fight their personal agenda. This NetOne crisis is all about corruption by Supa Mandiwanzira and State media has been abused to aid and abet it. Hope that ⁦@edmnangagwa⁩ will act.

Mr. Kangai himself was once at the center of scandal which involved also the same Minister of ICT Cyber Security, Supa Mandiwanzira. The former Netone CEO, in the end, was arrested on charges of not following procurement standards, only to be released later on bail.

Also read: Is Minister Supa Really Building A Cartel In The ICT Sector In Zimbabwe??? #SupaGate