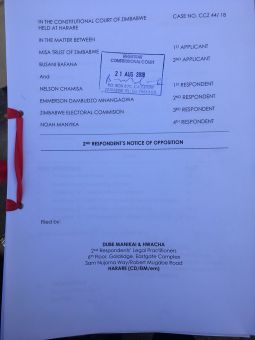 This come in the background of Misa Zimbabwe and Bulawayo based journalist Busani Bafana, last week applied to the court saying that the court proceedings are of national interest and should be streamed live. But they were not given permission to stream the court proceedings and since then they filed a petition seeking authorisation. The verdict will be announced later today.

If MISA is also given permission to stream the court proceedings, more people chave chance to follow the event than if ZBC solely broadcast it. As it is, ZBC uses analogue broadcasting system, so the chances of getting uninterrupted feed is low. Or as some people put it, ZBC may sabotage itself and interupt the feed.