Snapchat Loses 3 Million Users In One Quarter; Can They Ever Really Compete With Bigger Rivals? 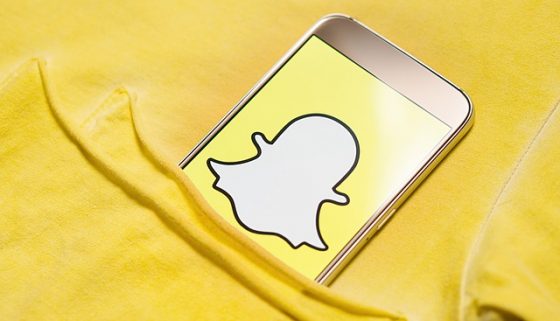 If you use any one of Facebook, Whatsapp, and Instagram you’ve probably bumped into a ‘Stories’ feature. On Whatsapp this feature is what we’ve come to know as the new Status but on Facebook and Instagram it’s called stories and though this feature has become a part of our everyday lives, the originator of the stories feature is constantly facing troubles when it comes to adding new features.

The story behind “Stories”…

This originator is Snapchat, and for the first time since it’s inception back in 2011 the applications daily active users have dropped by 3 million. It’s strange that Snapchat who originated the stories feature also happens to be the least popular and the one constantly struggling. Instagram stories was introduced five years after Snapchat debuted the feature but they now have more than double Snapchat’s daily active users.

I’m not a Snapchat user, I tried it briefly in 2016 and it wasn’t my kind of thing but that won’t stop me from looking at some of the reasons why Snapchat is in the situation they find themselves.

Early in 2018 the Snapchat application underwent a redesign and to say the design was unpopular is an understatement. 1.2 million users around the world signed a petition begging the company to reconsider the redesign. Initially Snapchat turned deaf ears to user requests. Influential celebrities such as Kylie Jenner denounced Snapchat and though this seems like a small thing, the effects are catastrophic. The numbers are now coming out and clearly it proves that these things have tangible effects.

Snapchat has always had problems pulling advertisors at the rate that competitiors like Instagram and Facebook do. One of the reasons why advertising was hard to get right is because Snapchat is a very personal application (or at least it was back when it was conceived). It was more comparable to services like Whatsapp as it was primarily used for messaging and tying ads into such personal experiences is quite the test. Just ask WhatsApp who have been trying to monetize since their early days.

The CEO of Snapchat, Evan Spiegel  also feels advertising took a hit because of the atrocious redesign we mentioned earlier:

Initially, there was a stigma around Snapchat. This stigma was because of the fact that Snapchat’s defining feature was the ability to send photos that disappear. Due to this feature Snapchat was a haven for people who wanted to send each other ‘steamy’ pictures and videos but whilst ensuring that these would not leave the platform. This kind of a reputation coupled by the fact that Snapchat was a new concept meant advertisers were not keen to find a way to turn this platform into money.

The problem why Snapchat isn’t a big hit in Africa and why they will remain small fish when compared to FB, Instagram and WhatsApp is simply because the app uses too much data. Very few people can afford to be constantly going on Snap when 250Mb of data are priced at a $1.

The fact that people now have these features on Whatsapp, Facebook and Instagram means they are even more unlikely to end up signing up for Snapchat when they have a bunch of more popular applications serving the same functionality. In Africa I would go as far as calling the service a glorified image editor. Apart from that, I don’t see them making much of a dent this side. Unless of course they introduce something new that entirely shifts the conversation of Snap vs the other guys.

Secondly, the fact that very few people use the application also means advertisers within the continent have no incentive to actually embrace the platform within Africa.

Not all doom and gloom

Though Snapchat’s numbers fell, there is some good news as well. Revenue increased 44% compared to a similar period last year from $182 million in Q2 of 2017 to $262 million this year. Obviously revenues are not the bottomline but it is important to note that despite their boat being rocked they are still bringing in truck loads of money.

Is Snapchat too specific?

In spring 2011, Reggie Brown, one of the co-founders said:

I wish these photos I am sending this girl would disappear.

This quote goes a long way in explaining where Snapchat is today and why it trails it’s competition. Snapchat was and for the large part still is a very specific service. It was meant to send photos that would disappear after a while and outgrowing that whilst not turning into something else entirely is a problem. This is why Facebook can ape any and every feature that Snapchat has and users are not pissed but Snapchat on the other hand cannot copy a Facebook feature without pissing off a majority of their user base. Facebook is generic whilst Snapchat is specific and because of that I think it’s growth will always have a ceiling.