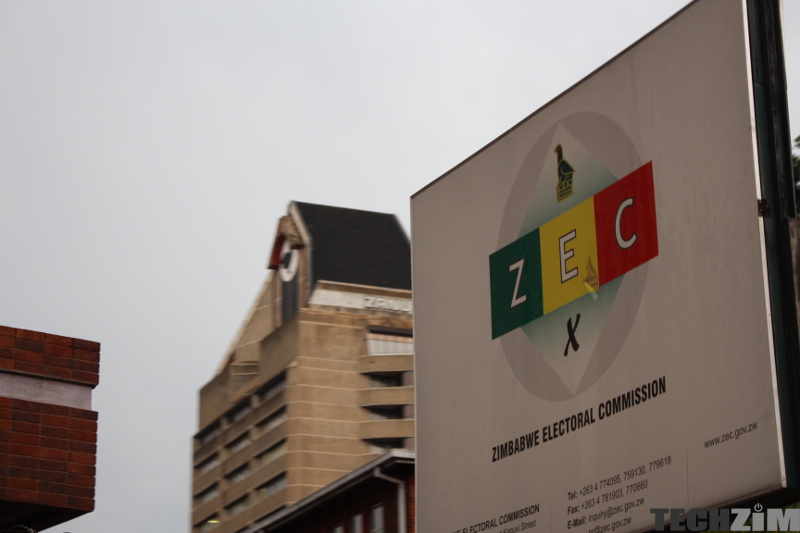 As far as we know the site was up and running yesterday around 11am and we only realised that the site was down earlier today. They did however put up an error message citing:

Scheduled maintenance is currently in progress. Please check back soon.

We apologise for any inconvenience.

Before we look at how strange it is that ZEC actually scheduled their maintenance during the election season, it’s still hard to defend some of the maintenance practices they have ignored:

Does this inspire confidence?

ZEC is in the limelight once every 5 years! Once! Does it not become strange that they schedule their maintenance at a time when people are highly inquisitive about election results? This also comes at a time when accusations are floating about that the electoral commission switched results

ZEC has shifted goal posts once more. They now say Mutare North results which they announced were FAKE. Soon, the question they must answer is: what did you announce that's accurate? pic.twitter.com/qNdmeqycEO

1. I’m told @ZECzim has revised results for a Mutare constituency. We know they are doing that to close the gap between the presidential & parliamentary votes as identified by Chamisa. ZEC has no power to do this. S. 66(4) Electoral Act says a results declaration is final. pic.twitter.com/yrEShBUVk5

Of course, the above tweets are not ‘concrete evidence’ but when you factor in the fact that the site that contains election results has been taken down when people are contesting the results on that site then it all feels a bit weird…

The truth of the matter is ZEC has more than enough resources to make sure that their site is up for just ONE MONTH when election results are in demand. If the resources are not the problem does it therefore mean that ZEC do not care about the availability of these results? That’s a big problem when their mandate is caring about election results.

During the protests shortly after the election, the Electoral Commission’s website was hacked (as part of the protest as well). Even though ZEC claims they took it down after 11 minutes, a lot of damage could have been done. Think of it this way, what if instead of posting protest pictures, the hackers had decided to post a wild set of results in order to induce an irrational reaction from people who were following election results on the website. The security of that website is very important and I think ZEC did not give it the priority it deserved and now they are doubling down and taking the site down at a time when election results are being contested.

Keep in mind that the election results contained on the ZEC website were changed after ZEC admitted making a ‘clerical error’ so the disappearance or scheduled maintenance isn’t timed as wisely as one would expect.

The only defence I can think of for ZEC is that maybe they scheduled this maintenance before the elections thinking that 21 days after the election their services would no longer be in demand. Maybe ZEC thought everything would be done and dusted by now and they could