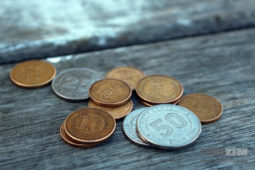 As Zimbabwe continues to try to figure out the right formula to revive its economy, one of the most polarising issues is the issue of currency reforms. Some are of the opinion that Zimbabwe has to do away with the bond currency and adopt the South African rand or getting rid of bond currency and start to use US dollars only and some saying that a new Zimbabwean currency has to be introduced.

What better can tell us about the polarisation than a survey. Research organization the Mass Public Opinion Institute carried out a survey and found that 98% of Zimbabweans are against the continued use of the bond notes.

Although I wasn’t one of the surveyed population, I would have been part of the 98%. This is because I don’t think the bond currency has done more good than it has done harm to ZImbabwe. Ever since the bond currency entered the scene, cash burning has proliferated and EcoCash agents have started to charge excess fees for cash withdrawals. Since the bond currency was introduced in 2016, inflation has been on an upward trend owing to the increase in the money supply. In economic theory, most scholars agree that inflation is mainly caused by an increase in money supply and reduction in output, which perfectly fits our scenario in Zimbabwe.

Other findings from the research

Asked which currency their country should use, Zimbabweans prefer the U.S. dollar (50%) or the Zimbabwe dollar (42%). Fewer than one in 10 would opt for the South African rand (5%) or for continued use of bond notes (2%).

The U.S. dollar is most popular among urban, younger, and better-educated citizens, while the Zimbabwe dollar wins out among rural, older, and less-educated respondents

A preference for using the South African rand is significantly stronger among residents of Bulawayo (14%) and Matabeleland South (13%), near South Africa.

The man, who some think is the savior to Zimbabwe’s economic woes, Finance Minister Professor Mthuli Ncube could hear the prayers of many Zimbabweans after he promised to remove the bond notes by year end.