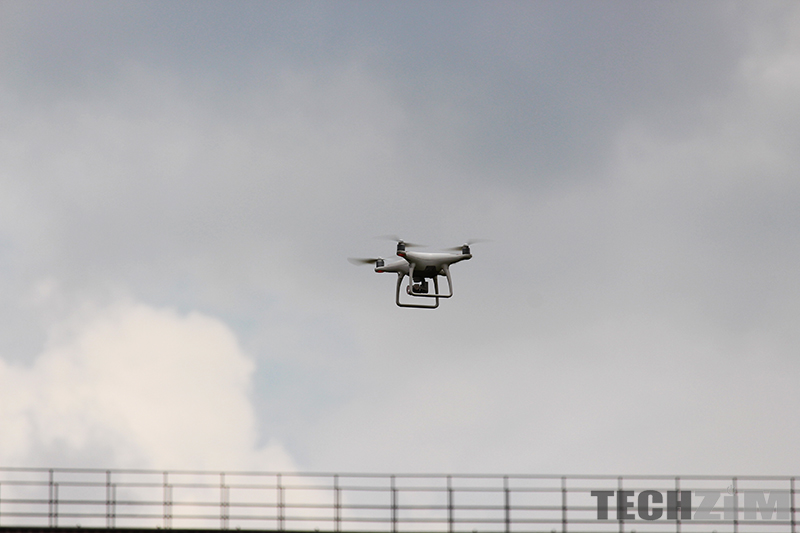 Drones are quite an interesting piece of tech. They are that sort of technology that you don’t really value when it’s not there but when it does arrive you wonder how you even lived without it.

Where It All Began

Arguably these UAVs (Unmanned Aerial Vehicles) kicked off their reputation in military applications as far back as World War I focusing on reconnaissance and surveillance.

For a long time this was their assigned duty, taking aerial photos of the enemy’s strategic position without risking the lives of men and women in the event of the aerial vehicle being shot down.

It took a while to drive the cost of drones down to more affordable levels but hey, now we are here. This has opened doors all over Africa implement drones where a traditional Helicopter or Aeroplane was too expensive.

In Sudan 70% of their available farmland is under threat of desertification. With every passing year their habitable land is downgraded to a desert devouring entire villages. In their pursuit for a solution they have taken to drones to try and curb the extent of this desertification.

A wall of trees is being planted along the edges of these deserts in a bid to fight the progression of the Sahara further south. They are doing this from the skies using drones, yes they are using the drones themselves to plant acacia trees.

Further down south in South Africa we see farmers making use of drones with specialized software to monitor their crops.

Jean Kuiper, the owner of Rosenhof Organic Farm in Elgin, claims that drone technology from Aerobotics provided a monitoring solution for them that cut down his use of pesticides by 30%. This is  a big deal in a world that is going organic.

Not only did this technology ease his chemical bill expense but it also raised the soil quality of his farm as well as reduced the stress that his plants faced due to the extensive use of pesticides.

We once mentioned how Rwanda, primarily their president Paul Kagame, was concerned about how long it took for medical supplies to reach an area where they were needed.

A company called Zipline provided a drone solution that cut delivery time from hours sometimes even days to mere minutes. This cut in time was especially crucial in delivery of blood which in its very nature spoils easily without proper refrigeration.

As a result of this considerable cut in delivery time blood was able to get to clinics and transfusion centers in rapid fashion with the rate of spoilage of precious blood dropping significantly.

UNICEF and the Government Of Malawi launched Africa’s first humanitarian drone testing corridor. This project kicked off in June 2017 in a bid to test out 3 main areas that include:

These tests were meant to produce data on how efficient drones are at locating areas with people in distress especially during times of flooding where access can be very limited. Drones also played a key role in expeditiously delivering medical kits and supplies to critical areas while rescue teams make their way.

Archaeology is one of the disciplines that you wouldn’t immediately connect to drone technology. However, in Nigeria, ruins such as the archaeological sites in Ile-Ife, the cradle of the Yoruba civilization are being rediscovered with the use of drones.

Archaeologists are finding out that it is both quicker and cheaper to explore inaccessible underground monuments with drones. In addition to this, drones are also offering a topographical perspective of archaeological sites giving valuable data on where to excavate and how to efficiently navigate mazes of walls.

Within our own boarders, the more enthusiastic sportsmen have taken to the skies with drone racing. Drone Racing Zim has been hosting drone racing in Zimbabwe since October 2014.

When it came to the attendance of these drone racing events, this is what the founder, Tawanda Chihambakwe had to say:

The numbers have been good so far since it’s a new emerging sport worldwide and is largely unknown in Zimbabwe. There is a lot of keen interest and people want to fly drones for fun. We have about 40+ people in our community group now and the numbers are growing steadily.

Rolling back 2 years ago in 2016 one of the biggest national parks in Africa, Hwange National Park, the problem of poachers had reached it’s peak with poachers poisoning waterholes killing elephants for their tusks

The Zimbabwe Government gave the green light for drone use in the fight to spot poachers. This initiative was also supported by Google and the WWF conservation with a $5 million grant from Google to support the use of technology in countering wildlife crime.

The drone’s benefits are especially paying off with them spotting poachers at night since anti-poaching teams and their helicopters will be grounded.

And Drone Regulation In Africa?

Of the 54 countries populating Africa, 22 of them are known to recognize drones in their regulations. Zimbabwe is one of the 17 countries that have allowed the use of drones and do have some guidelines they need followed for one to fly a drone. These can be found here

Across Africa the ingenuity that’s taking place in the drone technology is quite extensive. Its providing solutions to truly African problems especially with regards to cost, efficiency and productivity.

When you look at the internet it can be seen how disruptive it has been especially in line with communication. Texting and calling among other things have become rapid, cheap and much more convenient than traditional forms of communication.

The same can be seen with Drone technology. Its a platform of compact aerial vehicles of limitless potential from recreation to legislation and everything in between. It is fast becoming the preferred form of aerial vehicles and with the advent of full autonomy it will bring more refined optimization and higher productivity wherever they are be implemented. Commenting on the development, Rahul Patel, COO, Cumii on Demand Service and Drone Technology  said,

Drone Technology is significantly under-utilised on the African continent, despite there being many use cases identified across multiple industries including agriculture, construction, mining, energy, media, and telecoms. The question is why? We believe that Drone technology remains a specialised field albeit growing, and therefore the costs of deploying drone technology can often turn off clients from utilising these services in an integral manner to their business. At Cumii, Drone Africa offer services at highly competitive rates by deploying qualified drone operators who are located in close proximity to the site location. It is essentially an Uber-like service for Drones. Our aim is to train a network of highly trained drone operators across the continent and offer them to clients at great value as an on-demand “pay as you use” service.