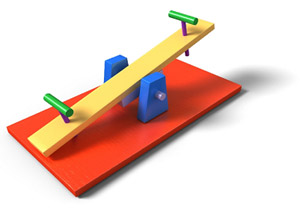 I moved to the United States at an interesting time just to say the least. I moved here in late August 2016 so the campaign for the US presidential elections was at its highest. I got to see how they campaigned and I even got the chance to hear one of the candidates Hilary Clinton speak when she came to my school. I got to observe how the election was conducted, the announcement of the result, the atmosphere after the winner was declared etc.

It was also necessary for me to arrive at a time like this because if I had come here sooner and any American tried to convince me that this country has problems too I would have never paid much attention. I wouldn’t pay attention to that person because I would always look at the United States in comparison to my country which is suffering economically.

Any complaints from Americans would have been dismissed as complaints from a spoiled child who keeps asking for more. However, after seeing America at a time when it was scared like that I was willing to listen and it was in my willingness to listen that I heard people complain about the American educattion system.

The number one thing I have a problem with when it comes to the Zimbabwean education system is the emphasis that is put in retaining knowledge rather than applying it. We have a lot of people who are just book smart. I studied Literature, History and Divinity in my Advanced Level and I remember how some people knew the textbook in and out but they couldn’t apply any of it for the life of them.

So with this in mind. when I heard Americans complain about their education system I dismissed those complains almost immediately. What made me not even want to listen more was the fact that they said the problem with their education system was also the fact that students did not know how to apply the information and I was like now that is nonsense.

I however began to see cracks in their education system too. One event that got me thinking was when a group of students from my school who have a YouTube channel called UV Originals were asking people questions in our cafeteria. The YouTube channel is supposed to be a funny channel so they were asking people trivial questions like: which continent does Europe belong to? Some of the replies they got from the people did not make sense to me. The answers were not answers given by people who have been tricked by the triviality of the question but showed ‘a lack of knowledge.’

This when I realized that yes, there is a problem in the U.S education system but the problem is not what many people say it is. The problem is not about application of the knowledge. I actually think they got that part sorted out. The problem I is ‘lack of knowledge.’ I believe students in the US are not taught to retain information at all.

I asked seven random students from my school who were in their third and fourth years to pick any class of their choice they did freshman year and see if they could tell me five things they learned from that class they still remembered. None of them could remember anything. I then asked five students from Zimbabwe to tell me five things they remember from any class they did in high school and they remembered a lot.

This does not mean that Zimbabweans are more intelligent than Americans because I don’t remember a lot from my freshman year as well but I remember quite a lot from high school. This shows two different systems that both need a little dosage of what the other has.

I must say however that although the few people I asked seem to prove my point I still feel as if a deeper research needs to be done. Firstly, because I was racing against time I only asked seven American students and because I am not in Zimbabwe right now the people I asked are those on my contact list thus it was not random at all.

I still believe that even with deeper research we will reach the same conclusions. These two countries both have systems that needs to be corrected. Zimbabwe needs to start teaching students how to apply the knowledge they have and the US needs to do better when it comes to retaining information for I feel the application part is not really an issue for them.

Tawanda Nyahasha is a Zimbabwean studying towards a degree in Psychology at Johnson C Smith University, Charlotte, North Carolina, USA. You can check out his blog here or reach out to him via Facebook

9 thoughts on “Finding A Balance Between Two Different Systems, My Thoughts And Reflections From The United States”