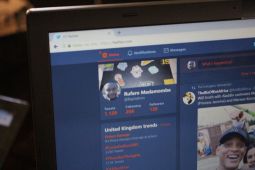 We have come to the end of our Social Media Etiquette series. Just like the UEFA champions league one needs to be well prepared, well trained and of sound mind to be able to tread on twitter grounds. Up until an hour ago, i was still wondering how to properly articulate this, only champions can roam the twitter streets freely.

Twitter is likened to football champion’s league because it is aggressive. Twitter is full of people who will jump at any chance to dress down a tweet and or its author in a whim. One needs to think carefully before tweeting because the minute you make a slight typo and or a factual error, you might just have signed your twitter death certificate.

The champion’s leagues likened to Twitter is for professional footballers who battle it out to win the league’s championship tittle. One wonders if the people on twitter #tweeps are also in a competition to dress down and shame other tweeps. We have heard and seen some powerful people close down their accounts because they cant stand the abuse and cash talk that mares the platform.

In the comments below tell us why you think Twitter is aggressive.

Survival of the fittest

We came across this concept of survival of the fittest many times on Twitter. Only the strongest tweeps survive and continue to walk up and down Twitter streets unharmed. Bottom line my speculation is that tweeps are aggressive because twitter is full of affluent people who all want to either air out their views or just be viewed as experts in the subject matter being discussed. And since Twitter is a public platform, emotions are allowed to run as wild as they can because, its a public space.

The aggressiveness is also fueled by some social tweets that emanate from people who have discovered the nature of the platform and want to use it either to further their agenda or seek attention. Whatever the reason Twitter is just an interesting but aggressive platform,

Allow me to be a little bit technical and explain how the Twitter Feed Algorithm work. Twitter usually highlights the top tweets you missed and mixes them with other recommendations. It will however show tweets from those you follow but usually in a reverse chronological order. This means Twitter floods you with a variety of tweets at the same time and its all up to you to choose what you want to go through.

How does the Twitter algorithm rank the posts that are relevant to you is just similar to how the FB Feed algorithm work. They consider your likes, the relationship between you and the author of the post among other things.

When a tweet is posted, it usually follows any, some or all of the following steps listed below.

When a user opens their Twitter, already natural selection is in play because at the end the user is flooded with so many posts and they choose the ones more exciting and the rest of the tweets are ignored.

Moving forward, the tweets in a user’s feed are already censored, and basically the ones they like the most are the ones they see anyway. Already there are some posts in your feed that will receive little impressions and engagements because the algorithm says the audience for that tweet is minimal

When a tweet has managed to attract a decent audience, all the people who have various opinions will decent on your tweet with all kinds of opinions some abusive and some offensive it takes a champion not to be broken by such.

Some people,  usually called #trolls are just on Twitter as the Twitter Police. They are on twitter to correct spellings, grammar, concepts, phrases etc.  These trolls will create #awareness of your twitter crimes by retweeting and pointing out your errors and or mistakes in a fashionable twitter way

Lastly some people use twitter to settle scores, shame others and air out their dirty laundry and throw shade at their rivals. These kinds of tweet receive the most engagements because its usually entertaining and people get to learn something they probably didnt know in the famous twitter wars code named twars.

So when a tweet is tweeted, the tweet is either going to attract trolls or become censored by the algorithm and or receive little engagements and impressions. Or its going to attract a good audience and go viral for the good reasons and receive good feedback. lts all about survival.

The obvious solution to the twitter plight is to stay off the platform altogether. However Twitter is entertaining and therefore addictive even if any tweep or twimbos wanted to stay off it, it would be an uphill task kuedza kupema musoro wakagerwa zuda chaiko a shona phrase that simply means its not easy to stay off Twitter once you open an account.