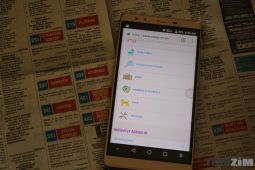 A group of workmates was having an intriguing conversation about e-commerce and shopping habits, and I couldn’t help but share my thoughts with them. I interrupted their conversation and uttered something along the lines of “women are more open to shopping online than men.”

This was not a matter of fact but a gut feeling motivated by two factors. FIRST, the person who was most comfortable when it comes to online shopping in my family was my mom. There have been multiple times when I’ve gone to her asking if a certain cite is “safe” and I remember asking her “vanhu veAli express ava vanotodeliver? Quality yacho itori bho bho?” This was a wakeup call to me because the asking-around about tech related things in the household is usually the other way around and more often than not I find people asking me to help with tech-related problems (sometimes questions I have no solution to).

The second thing I noticed, was on Facebook women have been buying and selling things via multiple groups for a while now, but I wasn’t sure at what scale.

We’ve been told otherwise before!

Last year, Hammer and Tongues announced that according to their analytics, in Zimbabwe men shop more than women. Now, this may be accurate on their platform but across the board, I don’t think that’s case. But of course, my assertion was women are more open to online shopping than men and not that they are actually shopping more than men so that’s hard to argue with as it’s not a fact but a thought. Anyway, this didn’t stop me from going online and looking for some V11s.

In developed countries, women do shop more than men…

A survey conducted by First Insight – a technology company that helps retailers select the optimal price for their products- shared the same sentiments as me;

Of course to support my statement I used a survey of western markets and depending on your outlook that may strengthen or weaken the argument. If something applies in America it doesn’t necessarily mean it applies to Zimbabwe. This becomes true especially when it comes to tech, as breadwinners (usually men) usually have access to high-tech devices earlier than women. Men leading households in Zim will probably need laptops at work or interact with computers whilst their wives are not exposed to similar. Men may also have more equipped smartphones whilst their wives have something lagging behind (depending on the dynamic within a household of course).

At the end of the day, people like to complicate this discussion and take into account “advanced metrics” and what not but I think women are more open to shopping online because women are generally more open to shopping, regardless of the medium used to facilitate the shopping. Yes, cultural norms in Africa may disrupt that a bit but I think once e-commerce has kicked off here women will be buying online more than men.