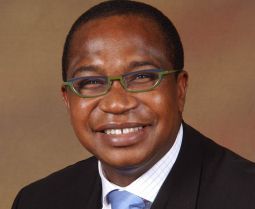 Whilst some are already used to the recently introduced 2% tax, some are still fighting the battle to repeal it. Mfundo Mlilo who is director of the Combined Harare Residents’ Association is one such person who is not going to let it slide easily. He is challenging the lawfulness of the 2% tax introduced by Finance Minister Mthuli Ncube last Friday. The interesting part is that Mlilo’s Lawyer is the former Finance Minister, Tendai Biti.  Will the presence of Mr. Biti give the plaintiff’s arguments more weight and perhaps lead to the repealing of the tax? 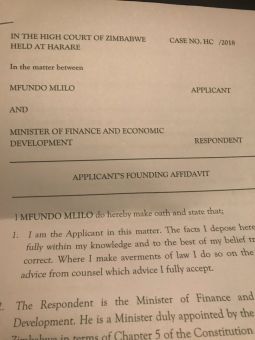 His case against the tax is that Zimbabwe’s Constitution does not allow the government to repeal sections of an Act of Parliament without being debated and passed by the National Assembly. Which ultimately makes the gazetting of the tax illegal according to him. He was quoted as saying;

The respondent is the Finance minister Mthuli Ncube and the case is being argued by Tendai Biti. Our contention is that the purported increase is unlawful because the minister has purported to change a section of an Act of Parliament which in itself is unconstitutional as he should have tabled a Bill in Parliament first, which he has not done. We argue that the tax in itself is irrational because the government has been excessively borrowing and now that it has a runaway public debt it is now turning to citizens to cover up for its expenditure. We have no idea what the money was used for.

Mlilo is not the first citizen who has made this (almost similar) move, last week another businessman issued an ultimatum to the government to repeal the tax. In the scenario that the government remains steadfast, the businessman said he will lodge a Constitutional Court Challenge.

But what are the chances of these lawsuits have in repealing that tax? I have no reason but I, for one, don’t see these lawsuits being successful. We just have to let it slide.

Reminder: If you want to understand how the payments system works in Zimbabwe, we have done an insightful report which you can purchase below;