Yesterday the Deputy Minister of Ministry of Information, Publicity and Broadcasting Services, Hon Energy Mutodi, set Twitter ablaze when he claimed that Monica Mutsvangwa (the Minister) and himself had transformed ZBC only a month after their appointment:

ZBC TRANSFORMED: Over the past 30 days after our appointment as new Ministers, Monica & I have managed to transform ZBC. Now it’s a pleasure to watch ZBC NEWS.

There was some heavy backlash to the tweet but it does seem some changes have been made to the news broadcasts with physical wallpapers being replaced by CGI graphics and presenters now relying on tablets… Not the greatest of changes but obviously a step in the right direction.

In terms of the bigger picture though I think (or maybe I hope) the Deputy Minister was actually referencing ZBC as a whole and talking of bigger changes that are seemingly on the horizon. Our in-house ‘equities analyst’, Leonard, stumbled upon the ZBC Live Android app on the Google Play Store and what we saw on the application was quite interesting. The ZBC Live app

There will now be a dedicated news channel and this is why I think the Deputy’s tweet was more about the bigger picture more than anything but I could be wrong as well. Anyway, there will also be new channels covering sports, documentaries and parliament sessions which is quite the overhaul compared to what was is on offer right now. 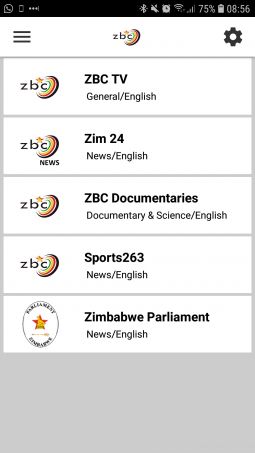 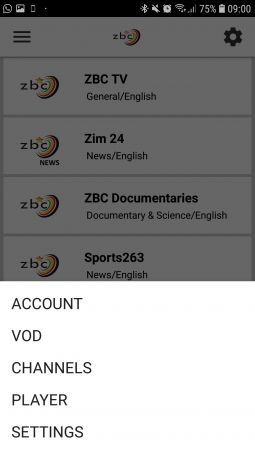 The channels are not yet functional as they either buffer or are labelled as coming soon but it seems ZBC ‘digitisation’ is no longer just a myth and the ball is now rolling.

3 thoughts on “Is ZBC On The Verge of Introducing 4 New Channels?”