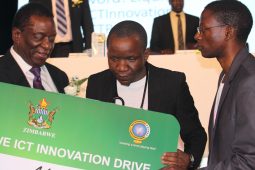 The Zimbabwe Transitional Stabilisation Programme has to be the first time a document by the government at this level has at least shown appreciation of digital entrepreneurship. The document Mthuli Ncube launched says:

Harnessing the digital economy and digital entrepreneurship has the potential of creating jobs for the youths, often at low cost.

This will entail implementation of concrete plans to create an enabling environment for the digital economy to thrive, including supporting the availability of faster and reliable internet connection.

The second paragraph up above excites me. I was with an energetic young guy last week who is hungry to create stuff and solve problems but he lacks any meaningful access to the internet. If the government indeed makes fast reliable internet available it will go a long way in encouraging and enabling creation and entrepreneurship.

Yes, they are right embracing the digital economy creates jobs at low cost. Of course, I don’t particularly like the descriptive ‘youths’ but I forgive it. Jobs will not just be created through entrepreneurship but also through business process outsourcing from Europe and North America mostly.

In the first quarter of this year, we were reached by more than 5 organisations that were interested in outsourcing jobs to Zimbabwe. Did someone say foreign currency?

A bit more detail from the document

Growth of Service Sectors also outlines opportunities for the digital economy arising out of adoption of ICT, with also benefits from increased investment in e-Government platforms.

In this regard, harnessing the digital economy and digital entrepreneurship contributes significantly to economic growth, and has the potential of creating jobs for the youth and at low cost, benefiting from applications of digital platforms.

Central will be support for innovation and collaborative research among institutions of higher learning, in partnership with technology oriented industry, taking advantage of opportunities and niche in the digital economy.

The Transitional Stabilisation Programme also targets broadening adoption and utilisation of e-Government across Ministries, Departments, local authorities and State owned enterprises in the provision of public services to cut loopholes for corruption.

As far as I know, deployment of e-Government platforms has just been more costly than it ought to have been. Largely this is so because the government itself does not trust locals to provide solutions. I have met numerous so called technical experts from abroad who have been contracted to build solutions for our government and within a minute I could tell that they had not much context to the Zimbabwe situation.

There are a lot of Zimbabweans with the technical skills to create robust, relevant, secure and accessible platforms. If the government says it wants to promote digital entrepreneurship, it has to walk that talk by outsourcing its needs to those entrepreneurs.

Some local companies are beginning to see that salvation does not always come from India and they are now building tools in house. I was with a tech executive at a large company this week and he was telling me how they used to buy software from abroad especially India for every little thing but then have problems with it. He says they decided to build one solution locally from the ground up and it was so good that it became company policy not to buy from outside the country anymore.

When we were compiling the payment systems report one thing kept coming up: local engineers and companies were never given a chance to build solutions for local business. Here’s a scenario that happened not once or twice as we were told by some very capable engineers who have built stuff around the world but were now pitching to local big businesses:

This is not only a true story but it’s one that happened to more than one person or two people and this is just within the Fintech space and among the few people we interviewed for our report.

Sad thing is, this same thing is happening across the continent. My colleague was in Rwanda, Kenya and Tanzania two months ago and he had the exact same thing told him in all these countries. Even worse, in Tanzania it’s not just about foreigners it’s about colour of the skin. If it’s a white person pitching then they get the job. I think it is the same in Zimbabwe.

This problem goes all the way through even to funding of startups and all. When you hear stories of startups booming and getting funding for millions of dollars in Kenya, Nigeria, South Africa… you assume these are businesses by nationals in these countries. Not so: disproportionately the funding goes to European and American expats who came to Africa to found startups. Local entrepreneurs in these countries have learnt to include a white guy or girl (mostly who are not from Africa) in their team when pitching to investors.

Can we blame the investors?

No we can’t blame the investors because most of the people funding African startups are VCs from North America and Europe or big donor organisations or big organisations (Google, Facebook…) from the same places. They will obviously have biases even if unintentional.

People who come from the same culture as they do have the ability to speak the way the investors understand etc but Africans may appear as if they don’t know what they want yet it will just be a difference in cultural expression and the like.

This is why the majority of non expats who do get the funding are Africans who have studied and/or worked in North America and Europe. They would have acquired the Western culture and learnt what to say to Western investors. I encourage you to read this report by M-ITI which really explores this phenomenon.

I just winded my way around to make this simple point: the government has to outsource some of its needs to local startups. The government itself must have capable people who can audit for security if that’s their worry. When was the last time the government held a hackathon to share the problems they need solutions for? The government of Rwanda has successfully done these but that’s another story….

The government has to live up to the promise above, let them make connectivity accessible to innovators. I am encouraged by their partnership with Liquid Telecom to do this at our universities. We want more of this.

Funds like the POTRAZ Innovation Fund should be administered transparently. The startups to be funded should be selected by other entrepreneurs both traditional ones and the new ones who understand internet economics. Last time, the fund issued mysterious amounts to startups that had been selected by academics.

The Zimbabwean entrepreneurs themselves need to grow up and shape up. A lot of times, they deserve to be passed over in preference to foreign businesses because they are not serious. Work ethic is found lacking too often a time, they show up late, they attempt to wing it when pitching because they are too lazy to prepare, they approach business and government as beggars and not businesses…

Another big problem is that local startups have this infatuation with ideas. They go and pitch an idea. Well, ideas are a dime a dozen. After pitching they then claim ‘so and so stole my idea.’ Grow up. Stop pitching ideas, pitch solutions, pitch businesses. Wake up to the reality that no one holds patent to an idea. Some of the people you want to pitch to, no longer want to entertain you because they were dragged in the mud the last time they listened to an idea- they were called thieves.

The more established businesses should stop thinking they can solve every problem that exists in Zimbabwe, they can’t. They have to wake up to the fact that they will achieve some of what they want to achieve by acquisition. We want to see more collaboration between enterprises and startups in this country. We want to see businesses acquiring startups. We want to see less greed.

Zimbabwean business people who have made it should step up and become mentors to startups. The problems with startups I mentioned above can be solved by mentor-ship. In doing this, the veterans should invest in learning the new dynamics of the internet and its business models otherwise they will feed our dear startups outdated poison.

Another important role that veteran business people must play is to become angel investors. I highlighted the problems of all startup capital on the continent coming from beyond our shores. Having a strong angel investment ecosystem can minimise the adverse effects. By Joe, let them become venture capitalists too!

Good first half a step

It’s good that at least the government acknowledges the importance of digital entrepreneurship. The government though does not have nor should it have all the answers to making it work. All we need is their willingness and respect for this sector- we have it. Now let’s all do our respective bits.