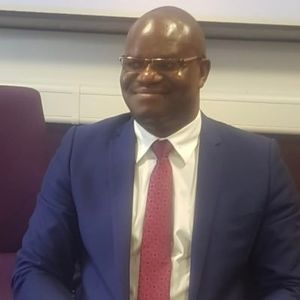 The new Permanent Secretary in the Ministry of Information, Media and Broadcasting Services, Mr. Nick Mangwana seems to have got off on the right foot by unblocking all those Twitter users he had bad blood with before he got his new job. Mr. Mangwana was not an exception to so the slurs and insults that come with being a public figure and being on Twitter as well. As a result, the Permanent Secretary blocked those people who abused him.

As he wears a new hat as a Permanent Secretary, Mr. Mangwana has promised to unblock all the people he had blocked on his personal social media accounts in order to promote openness.  In his tweet, the new Permanent Secretary said;

As a public employee, I am going to unblock most of the people that I had blocked in my previous role. I hope we can all focus on issues about our country & avoid personal attacks & inappropriate language. Let’s all start on a clean slate as I am now wearing a different hat

The reasoning behind unblocking the people makes sense. Yes, now that he is a public servant he needs to hear everybody’s grievances. That reminds me of what happened in America back in May when a judge ordered President Donald Trump to unblock people he had blocked on Twitter because it (blocking people) violated their first amendment rights to participate in a public forum. Not sure if Zimbabwe has a provision like this in our constitution.

Anyway, the Trump story tells us that public figures have to engage with the public if democracy is to prevail. So Mr. Mangwana’s move should be praiseworthy.  His stance seems to have been contagious across his Ministry as yesterday it opened a Twitter account.

This is the official Ministry for Information, Media & Broadcasting Services Twitter. We will be giving updates & responding to pertinent quiries. Our responses may not be in real-time as we may need to gather info from relevant ministries but we will respond at some point. Thank you