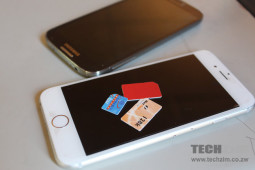 Zimbabwe’s smallest Mobile Network Operator’s (MNO), Telecel life is pitiful at the moment. On many fronts, Telecel is losing its battles against its competitors. Although the economic environment has been hostile to do businesses properly in general, many companies have adapted. In the case of Telecel, its woes seem to stem from not only the prevailing economic conditions but largely to its own inherent failure and inertia to improve its services to capture new customers.

Mobile phone and internet penetration have steadily grown in Zimbabwe, but Telecel has failed to partake in the trend. Take look at the preceding second quarter, Telecel is the only MNO that didn’t witness an increase in its subscriber base. As it happens, it lost a whopping 13% of its subscribers in the second quarter alone. And of course, the spoils were shared between Econet and Netone with each registering a 4.5% and 10.1% increase in active mobile subscribers respectively. From another angle, Telecel lost 2.1% of market share in the second quarter whilst Econet and NetOne gained market share by 0.6% and 1.4% respectively.

The lost 13% subscribers now give this state-owned MNO, Telecel a meager 10% of the market share. Mind you, in the first quarter of 2018 it was serving 13% of the market.

Oops!, I had forgotten Telecel is a state-owned enterprise. The MNO was taken over 2016 November in a deal that Supa Mandiwanzira vehemently pushed to go through. By taking a look at the fourth 2016 industry report, the quarter in which it was acquired by the government, Telecel had 1,805,612 active mobile subscribers which translated into 14% of the total market at that time. Now the state-owned MNO has 1,253,381 customers.

So besides, the red-tape associated with state-owned enterprises what is the government really bringing into Telecel? To stand toe to toe with other MNO’s Telecel needs a wider coverage to cater for the growing demand of mobile services in Zimbabwe. Okay, If Telecel is not expanding its coverage with increasing its mobile base stations, how will it capture new users? Should the government choose to be serious with Telecel, it would have to heavily invest in the latest LTE mobile base stations which are proving to be integral to Econet’s success in this era where as data usage continues to be on an upward trend.

Telecel has often lagged, often playing ‘third fiddle’ to its bigger competitors in introducing enticing innovative product so I hardly think it can come coming up with new products which would sway users to its side. Innovation doesn’t seem to be Telecel’s blood.

Network effects tell us that an increased number of users improve the value of a good or service. There is a correlation between a network’s subscriber base and customer base of its mobile money platform.  Telecel is losing its customers, so it stands to reason that in the mobile money sphere it’s losing out too.

As consumers, we want to see Telecel performing well because it will pressure other MNO’s to improve their services and the prices to our benefit. We hope the newly appointed Minister of ICT will bring some reforms at Telecel that will set it on a path to become competitive.