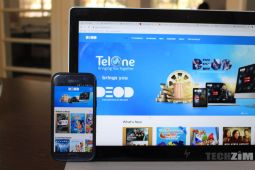 TelOne recently launched a new streaming service called DEOD (Digital Entertainment On Demand) and you’re probably itching to see what you can get to watch if you do sign-up and shell out your hard earned. Kwese Play and Kwese iflix are the most comparable services, but which service is actually better?

TelOne have partnered with Discover Digital and the DEOD Premium offering is a hybrid offering which combines normal on-demand content (the Netflix type) and a bunch of live channels (similar to the ones you get on a normal satellite offering).

Kwese Play is also a hybrid offering as your $33 monthly subscription gets you iflix content along with the channels you would get as a normal subscriber.

In terms of series/TV shows iflix and DEOD both have so-so catalogues. The standouts I saw on DEOD’s offering are Real Husbands, Black Sails, Luther, Mr Robot, Doctor Who and Power. Of course, I’m not the Minister Of TV Series so what stood out for me might not be the highlights for everyone and I would advise those who want to take advantage of the offering to sign-up for a weekend package. After this, you’ll be able to actually decide having experienced the 50+ shows on offer. That’s the beauty of the multiple entry points offered by DEOD. TelOne also said local content creators will be able to get added on the platform. I think there is a lot of untapped potential in that space and whoever embraces that market could be in for a surprise.

Iflix has a lot more shows on offer but a lot of these are shows from eastern markets. There is a lot of content from Asia and India and even the African offerings on iflix right now are more impressive than what you find on DEOD.

The problems faced by Kwese and DEO are quite similar and they will play second fiddle when compared to Netflix and American services as they have more resources to secure titles. How exactly are titles secured? Well DEOD gave a good explanation:

In this section, there is no doubt TelOne DEOD wipes the floor with Kwese’s offering though it becomes expensive to get the latest and greatest. DEOD gets the latest movies 3 months after their cinema releases and Kwese doesn’t even come close to them.

There is one caveat with the movies on offer via DEOD; the best movies are offered on a title to title basis. This means that you rent the movie you want to watch when you want to watch it. And this section has over 250 movies and the selection for movies to rent was more than decent.

There is a library of on-demand movies (over 130 of these) but these are mostly classic movies that didn’t really catch my eye. The rental movie selection is where it’s at.

iflix also has movies but the selection is not as extensive as the one you get on DEOD. Just like with the tv shows, if you’re more interested in Asian and Indian content then iflix has more movies for that market but if you’re interested in the western stuff I would recommend DEOD.

Kwese Play offers 11 channels and I’ll confidently say their sports offering is better than that of DEOD. Of course, the sporting content has been underwhelming as they offer a lot of American sports which don’t really resonate with the locals. I think DEOD suffers from the same issue but on a larger scale. They have 4 sporting channels and these include a motorsport channel, a watersport channel and a mixed martial arts channel. Like Kwese I’m not entirely sure how the Zim market will receive this.

There are 9 news channels on offer on DEOD and the standouts are France 24, Aljazeera, and BBC World News. Kwese Play has more in this regard as they offer 3 more channels than DEOD. They have CNN and Sky News which are not available on DEOD.

It’s clear, Kwese’s offering has more content than TelOne’s DEOD. The only question I would ask is whether or not they have more quality content than DEOD and unfortunately, that’s more dependant on taste.

If you whatever device you’re getting to be the be-all and end-all when it comes to entertainment in your home then Kwese Play is easier to set up as it comes with the set-top box whilst DEOD is only available on the web or as an application. This means you’ll have to purchase your own set-top box or you’ll connect your laptop via HDMI.

Kwese Play offers 6 music channels including Trace Africa and Revolt TV. DEOD does something entirely different. They just secure rights to the music videos and they are uploaded to the service. There are more than 250 songs on the platforms and some albums are uploaded in their entirety.

I think both services are in good standing when it comes to kids content. They both have decent offerings and I’m under the assumption that kids are not very particular about what they watch. Both services come with content from Nickelodeon and other content producers so the kids will definitely have something to watch.

TelOne DEOD is zero-rated if you’re streaming as a TelOne subscriber. This means if your data won’t be consumed and though this is great Kwese Play offers a similar experience for their content on the Kwese Play box. Right now these services are only viable in two cases, i) either you have unlimited internet or ii) you are using the internet from either ZOL or TelOne.

DEOD Premium is the only offering that comes with both On-demand channels and traditional TV channels. You can also sign up for DEOD On Demand which only offers on-demand content without the traditional channels just like Kwese iflix. There is also DEOD TV which is a more traditional offering of just the news and sports channels (think of it as a Kwese TV alternative). This is why I felt it was best to compare DEOD’s premium offering with Kwese Play as that is what I feel is the best offering and it also encompasses all aspects of the service whereas just looking at on-demand or TV would not have done justice to DEOD.

4 thoughts on “TelOne DEOD vs Kwese Play Round 1: Content Comparison”