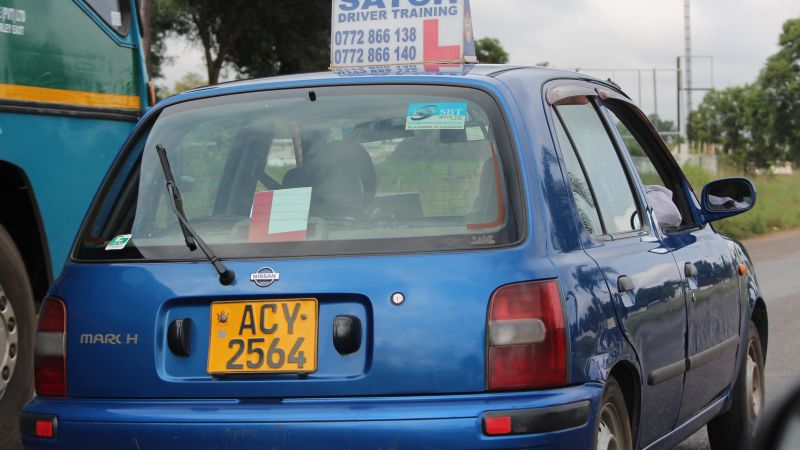 So the Vehicle Inspectorate Department (VID) said they will be starting to administer the provisional driving test using computers on the first of December this year. The initial roll out will be happening in Harare but they hope to eventually spread this to all centres across the country. As with most things life, this move is both good and bad.

What I didn’t know though is that corruption is not limited to when a learner driver goes for their basic driving competencies test to get the license itself. Oh, no! Corruption is equally bad at the learner driver’s license stage itself.

For those who are none Zimbabwe

Just to give you context: in Zimbabwe an aspiring driver has to first write an 8 minute exam on the basic rules of the road and some basic stuff around driving and safety on the roads. This test has to be passed by at least 88% for one to be given a Learner’s License.

After getting the learner’s license one can start learning how to drive and they are allowed on the roads as long as they are accompanied by an instructor in a vehicle marked ‘L’ for learner.

The test is simple enough

The test to get the learner’s license is quite simple- there aren’t that many road rules are they? However statistics out there claim as much as 60% of people who take the test fail it the first time. The statistics show the test ain’t that simple.

Such a state of affairs leads to opportunity for dishonourable people to make money and they are. I was so disappointed to witness money changing hands to facilitate automatic ‘passes.’ It’s a whole industry and it involves a lot of players.

You will have a hard time witnessing a VID official getting money from an aspiring driver- no they are not that stupid. This happens through instructors at driving schools (and possibly other people). In a few hours with driving school instructors, I saw 8 people giving these folks $150 (in bond notes cash) each so they would get a free pass. And no, the fee is not negotiable.

The paying people would then get very specific instructions: they should go in and write the exam and they should make sure they answer every question although it doesn’t matter where they place their X’s on the multiple choice questions. They are not supposed to speed through this ‘chore,’ pretenses are important.

Administering the exam through computers could help curb this rot. Of course this will depend on how exactly computers are being used. The only way this would work is if the exam is composed of randomised questions which are not necessarily the same for any two individuals even when taking the exam at the same time.

There should not be marking of the test by any human being. After the time is up, the computer application must immediately give the score and send instruction for the learner’s license to be printed/ Even so, what prevents someone else writing the test on behalf of someone else? Maybe biometrics…

Already this sounds to me like it’s more complex than has been thought through so I have serious doubts that the computer administered tests are going to change anything.

When I went to the VID and I was talking to folks who were about to write the provisional learner’s license test, the subject of the impending computerisation of the test kept coming up. This development was dreaded by virtually all the people I met.

Houston we have a problem

This got me thinking: the reason this test is failed like crazy in the first place is not so much that it is a difficult test but because it is a test! A lot of people are just not good at classroom style examinations, they just get nervous and tremble their way to failure.

What more, this test is administered in English! The language is intimidating even to the English, what more just a random person who last used the language when they were in school and even struggled with it then. The test is thus testing more than an understanding of the road rules, it’s testing English comprehension, exam skills and solidity of nerves as well.

This doesn’t sound fair. What does English comprehension have to do with understanding driving rules and safety?

Besides the barrier of English as the testing language and the language used in the exam room, computers will spook a lot of takers of this exam. I could hear that fear on my visit to the VID. To a great number of people, computers are this complex thing that is hard.

I remember when I was in university, there was this basic computing course that I took. There were guys (and gals) that were too nervous to even turn the damn thing on. Maybe things have improved? Of course things have improved because a lot of people have little computers in their pockets that is when they are not holding them, tapping away on WhatsApp.

However, the number of people you see walking up to guys screaming kuti vanoisa WhatsApp pama phone (they install WhatsApp on phones) tells me computers are complicated and hard things for a lot of people still. Consider that we are talking about privileged city folks who own a smartphone. Imagine someone who is not as privileged- will computerised learner drivers’ tests be truly inclusive?

Exclusive administration of the test using computers will make the test inaccessible to a large number of people (more than it is right now). Those who want to get the driver’s license hard enough but do not feel confident about their English or exam skills let alone their computer skills will keep demanding for an alternative.

Unfortunately that alternative will be corruption. I was pained to hear some of the people I saw paying their way to a learner’s license saying they seek class one licenses (these are for driving public transportation). They couldn’t see how problematic that was.

The bigger problem is that if someone is going to pay to pass the test anyway, they are sure as hell not gonna bother to attempt learning the rules of the road. The instructions remember are that they should just answer all questions anyhow, they don’t need to even read the questions.

Non inclusive systems are always like this, they kickstart brutally vicious cycles and for road usage related systems every time the cycle turns thousands of people lose their lives. Computers could potentially make things worse…

7 thoughts on “Computerising The Provisional Driving Test Is A Few Days Away, This Is Both Good And Bad”