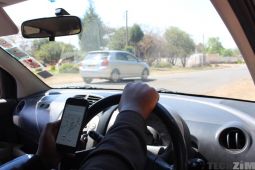 Earlier this morning I ordered a Vaya on my way to the launch of Ecosure’s Enda Education Cover and on my way there I had a quite informative chat with the driver who had come to rescue me from the jaws of combi’s and town traffic.

The most insightful tip he gave me about using Vaya was this one; ONCE A DRIVER HAS ARRIVED, GET IN THE DAMN CAR! Why might it be in your interests to get in the car? Well firstly, because you respect other people’s time and you understand that the Vaya driver is not your personal driver. Secondly and most importantly, however, if you keep the driver waiting you will now be charged for every minute that the driver waits. The driver who informed me of this, this morning said for every minute a driver waits you will be charged $1. And this is before you are even charged for the trip. So if the trip you ordered costs $4 (which is the minimum Vaya price) and you make a driver wait for 10 minutes then you are going to end up paying $14.

How did we get here?

Was this always the case? It wasn’t but according (again to the driver) this became a problem with some Econet employees who were making drivers wait for extended periods and then drivers complained and Vaya decided to flip a switch. Probably a lot of other customers outside of the Econet/Cassava group might be doing the same thing and we just don’t know.

Even uber does it…

The inspiration of Vaya and many other ride-hailing services Uber also has a kind-of-similar solution. If you order an Uber and you make the guy wait and he eventually leaves you’ll be charged when you order your next Uber. The tactic works pretty fine because Uber is so convenient they know at some point you’ll need to use it. Unfortunately, I experienced this first-hand a few weeks when I ordered an Uber and the guy just came and went because there was a lot of traffic so he couldn’t wait for me. I was charged R25 for the next Uber on my way to the airport. I could have tried to avoid Uber because I don’t stay in SA but it was still cheaper than a cab so I just had to pay.

Vaya probably didn’t use the system for passing on fees because zimbos would disappear and change lines and even move houses before they paid that extra-fee. Adding that charge to the ride you’re ordering there and then is probably a great way to do it in Zim. We haven’t personally tested the feature out and if I were you I wouldn’t want to play with fire.

We also contacted Vaya competitors Hwindi and G-Taxi to understand if they adopt the same technique and at the time of publishing they are yet to respond. We will update this article once they’ve done so.

[UPDATE]: G-Taxi has a similar system to Hwindi and this is how they explain it:

We charge a waiting fee after the first five minutes. Our waiting charge is $1 for every 3 minutes.

Hwindi, on the other hand, employs no such system. They only start charging once the passenger is in the car