Here Are Some Money Transfer Controls In Other African Countries, And Then Compare With Zim 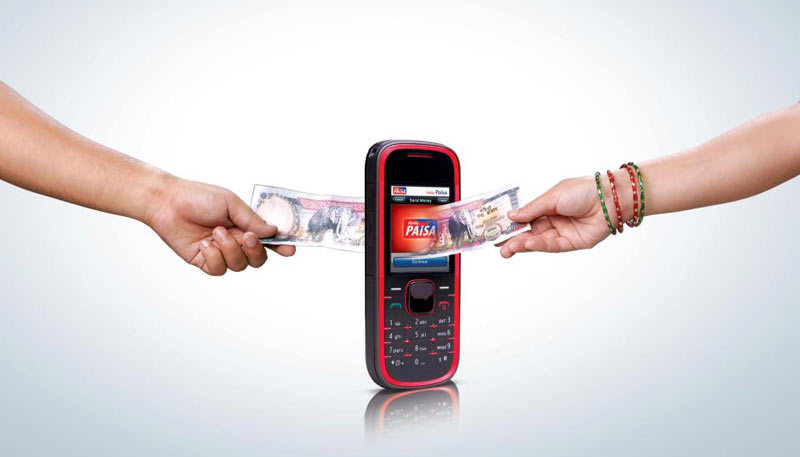 The amount of online money transfers is fast growing year by year. It’s one reason to have a closer look at the situation in Africa regarding remittances and capital control restrictions.

To whom are online money transfers relevant?

Online money transfers are relevant to anyone who wants to transfer money to a person in another country. People working abroad sending money back to their home country, perhaps to support their family (e.g. to study and to get a bachelor degree) or to build up savings for themselves when they return. Transfer of money by a foreign worker to their home country are called remittances. Remittances are one of the most common reasons for money transfer, although there are many others, such as:

The list is not exhaustive. Note: Bitcoin based transfers allow often even lower fees, but it’s a matter of risk and procedures.

Imposing capital controls is a tool used by Governments or the central bank of a country. Sometimes, capital controls are introduced in response to an economic crisis. It is for the government or central bank to determine whether the controls will supply a short-term, medium-term or long-term solution

Financial controls principally affect companies, large-scale investors financiers. However, on a smaller scale, rules can be set that impact online money transfers made by individuals. Governments set capital controls to regulate money coming in to and leaving the country. They are most often seen in developing economies where foreign capital is in short supply and the economy is vulnerable to world economic cycles due to holding low capital reserves. Measures can include:

The answer to both questions is yes, they can do. In developing economies, the government may want investors to finance projects in the home nation, rather than send their money abroad and will legislate to that effect.

Exchange controls can restrict the buying and selling of foreign currency which makes foreign investment very difficult. A limit can also be placed on the amount and type of financial products that can be bought or sold on the international market. Some countries may limit the amounts individuals can take out of the country (outflow), although most countries welcome foreign capital coming in (inflow).

Additional challenges arise from the most recent development of sending money on mobile directly, thus avoiding bank account transfers. I have selected 6 separate African countries to demonstrate how capital controls in each one can affect the online transfer of funds in and out of the country.

Transferring Money in and out of South Africa is a complex business and the best advice is to approach a South African-centric operator to help you navigate your way through it.  The Government has delegated responsibility to the Reserve Bank which operates rigid criteria that apply to every transaction irrespective of the amounts involved, the reason for transfer etc. Whether it is a company or personal transfer, every transaction must be authorized. If permission is granted, then only agencies authorized by the Reserve Bank can be used. The infrastructure is simply not in place to support many of the financial firms who would be prepared to offer money exchange.

If money is being sent out of South Africa, the requirements required by the Reserve Bank must be met. All payment abroad must be reported to the bank and signed off. You can only transfer money out of South Africa is you are resident, so citizens and permanent residence holders are excluded. Even residents must provide reasons for the transfer and these must fall into specific categories, including:

All investments abroad must be explained, as well as the reasons you want to send money into the country to support a South African resident.

Nigeria experienced a currency crisis in 2016 and introduced capital controls to gain a firmer grip on the economy. Control rests with the Central Bank of Nigeria (CBN), which must authorize imports and exports with a worth in the domestic currency, the Naira, of over NGN 20,000.  Any company wanting to provide an international money transfer service in the country must be licensed by the CBN and have the bank’s agreement to work with the foreign partners they are proposing to deal with.

The transfer into Nigeria of money on a person to person basis is unproblematic if done through bank accounts or mobile money wallets. The transaction must be in Naira. Other types of persona; transfer can be achieved by arrangement with the CBN, for example, to support a family or a tourist who needs money fast.

Electronic banking in Nigeria is developing quickly but is being overtaken by the popularity of mobile phone payment schemes, which, given Nigeria as over 80% mobile phone saturation is unsurprising.  Transferring money out of Nigeria is more problematic and carries a limit of US $2,000 per transaction. The currency for transfers must be the Naira, which can then be converted into another currency.

It is permissible to hold large sums in a currency other than the Naira; transfers must be done bank to bank and can take between 48 and 72 hours. Personal outbound money transfer is restricted to US $5,000 although it cannot be used to pay school fees abroad. Monetary transfers to and from Nigeria can be done through PayPal, Skrill, which operates. in a similar way to PayPal. The CBN has also licensed MoneyGram and Western Union.

In Ghana, it is possible to make money transfers in, but only through banks. So, whilst you can use a money transfer company or even pay via credit or debit cards, the funds must go into a bank account.

The Foreign Exchange Act of 2006 lifted what restrictions there were on goods and services coming into the country, although these must still be reported to the Bank of Ghana. Individuals in Ghana can hold Foreign Exchange Accounts with banks which they can use to make transfers. However, banks charge 3% for amounts paid in foreign currency and some even charge account holders for holding foreign currency in their account. Western Union and MoneyGram both operate in Ghana.

The law in the Ivory Coast is that authorized banks or the Postal Administration must handle all exchange transactions coming in to and going out to Ivory Coast. If imported items have a value that exceeds US $1,000 it must be made through one of the country’s banks.

Ivory Coast welcomes direct foreign investment, although does apply restrictions in certain sectors, mainly state infrastructure projects. The Finance Ministry must approve investments from outside the West African Finance Zone.  Funds can be transferred easily between West African Finance Zone countries. However, even then there is a limit of US $3,316 on the amount of currency you can take out without the approval of the Ministry.  There is no limit on the transfer of money from income or investments funded with convertible foreign currency.

Transferring money to someone in Kenya is not difficult, although banks usually charge more for the service than other providers. Foreign exchange companies and international payment providers also operate within the country.

The Kenyan Government has not imposed any limits on transferring money out of Kenya, although, if the transfer exceeds KSh 500,00 it must go through the customs service. Because of the high penetration of mobile phone coverage, Mobile Money is very popular and is growing rapidly. M-PESA was launched by Vodafone to work in tandem with Safaricom, a decade ago.

In Ethiopia, all payment to people abroad requires a permit to be granted by the National Bank of Ethiopia (NBE). All transactions in foreign exchange must also go through the dealers authorized by the NBE, in accordance with the rules that govern the import and export markets.

Ethiopia is short of foreign currency, so they have made it challenging, to say the least, to transfer money out of the country. Where it is permitted, it is usually done through the Dashign Bank. There are also hotels which can arrange money transfer through banks and it is possible to make transactions through MoneyGram and Western Union, using a credit or debit card.

Semantics is important here. If avoiding banks means carrying the money out of a country in hard cash, then yes, as you can see from some of the examples above, it isn’t going to happen.

However, in some countries it is possible to limit the involvement of banks, by, for example, using mobile money. Money paid into a mobile phone app will usually have come from a bank via a debit card, or the bank account will be linked to the credit card used. In developing economies, capital controls have both an economic impact and a societal effect. Economically monetary exchange is restricted:

The governments of these countries are not just responsible for economics, they also must maintain social order. Tax avoidance, money laundering, the financing of terrorism, corruption and fraud are all aspects of life in the twenty-first century that developing countries will to avoid so that they can be regarded as legitimate players on the world’s stage.

Tightly restricting money transfers, both out of the country and in, backed by a regulatory framework that is transparent, provides governments with much greater insight than they would otherwise have.  As countries develop to the point where their economies are strong enough to operate without capital controls, one can expect to see these gradually lifted. Until that point, it may well be difficult, if not impossible to transfer money out of a country other than through a bank account.