Mthuli Ncube Wants YouTube, Facebook, Netflix And Other Similar Entities To Be Taxed For Income Generated In Zimbabwe 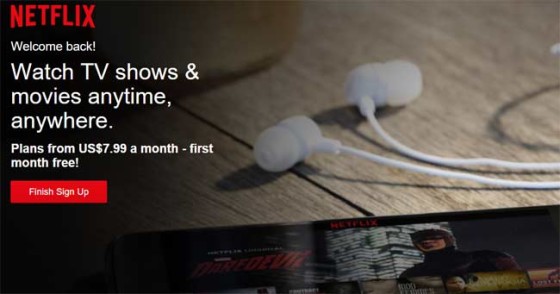 In his presentation of the 2019 budget, Zimbabwe’s Finance Minister Mthuli Ncube bemoaned the fact that foreign operators are taking advantage of technology to provide services to local individuals and thus generate income from Zimbabwe but are not being made to pay tax on it.

This income is subject to tax and the activity generating the income is actually paid from a source within Zimbabwe. For the avoidance of doubt and in order to broaden the tax base, I propose to deem income earned by such non-resident service providers to be from a source within the country and liable to tax.

Zimbabwean tax is supposed to be paid on Taxable Income earned from income generated when one is in Zimbabwe. So for example a Zimbabwean novel writer who writes a book and sells the rights of the book to Penguin should still pay taxes on proceeds from that book. Conversely if you are employed abroad for a long period of time you are exempt from Zimbabwean taxes.

Also embassy personnel and their dependants are liable to pay and should pay taxes in Zimbabwe. The key words are income generated in Zimbabwe though. Technically speaking these companies are not really in Zimbabwe and as they have no physical presence here. They have foreign domain name TLDs such as .com and are hosted on foreign servers.

In my humble opinion while it is galling that technology has allowed these companies to have a sizeable market share without ever setting foot here the alternative is a Pandora’s box. It would be akin to taxing Toyota because it is selling a lot of vehicles to Zimbabwe! Where does it all end? Besides while Amazon et al collect VAT/Sales Tax in Europe and the U.S Zimbabwean customers are exempt from this VAT/Sales Tax.

This tax will not work

Taxing foreign online companies will only work if you have leverage and Zimbabwe has very little of that right now. It would be easy and probably less of a headache for Netflix to just remove Zimbabwe from the list of available countries than putting up with the tax nonsense. I do not have the data but how many Netflix subscribers do you suppose are in Zimbabwe? How many people pay for Facebook advertisements?

The other thing is that these companies are American owned. Corruption is legal in America, they call it lobbying and boy do these companies like to lobby American lawmakers. Lobbying involves them paying off senators and congressmen and congresswomen. Companies such as Google and Facebook have a lot of pull.

Uncle Sam likes to protect his capitalism and we want ZIDERA to be scrapped and America on our side as they are the de facto caretakers of the Breton Woods institutions. Nothing irks US politicians than the seeming appearance of their companies being treated unfairly. Donald Trump is a bullish pro-business president who likes confrontation and pandering to his own base. They will not stand for it I assure you.

Not in our lifetime

These are famous last words but sorry Honourable Minister these taxes would be hard enough to enforce technologically without the political and cloud hurdles. It is never going to happen in our lifetime. FYI Satellite provider DSTV and I would imagine Kwese already pay their taxes as part of their licencing. The rest will never agree to pay.