The EMAP Platform Could Do With Better Support: Currently Their Support Kinda Sucks 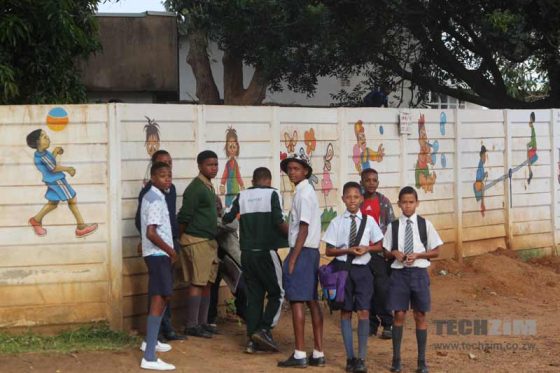 If you don’t already know eMap is the government platform that the government unveiled two years ago so parents could easily find form one boarding places for their children. Frankly speaking  a lot of parents have not had an easy time using the platform. Most people I talk to curse the day it was introduced and actually reminisce about the good old days of sending letters and calling each school.

Although it has suffered from many problems, eMap’s biggest problem in my opinion is that it receives almost zero human support from the Ministry of Education. From the beginning when it was introduced parents were thrown into the deep end and left to figure out things on their own. The system is often buggy and there is really no clear structure as to what parents can and ought to do when they encounter an error or a bug.

For such an important system it’s incredible that there is no help section on the site. There is zero documentation. In fact during most times when you Google eMap ,TechZim articles about the platform actually rank much higher than the platform itself. If you want to know how to use the platform again you will see that TechZim articles rank consistently higher.

Given this SEO scenario most parents have ended up on this site when looking for answers. Many of them have ended up mistakenly thinking we are the owners of eMap and end up using our contact form or numbers to call us. The result is that most of the staff at the Office has fielded numerous calls about eMap. Of course being the kind hearted generous people we are, we help where we can but there are times when we just can’t.

Receiving an eMap call well after working hours from an irate and upset parent is the ultimate test in patience and long suffering as you might guess. Saying eMap support sucks is an understatement. It is non existent and that to me is another unacceptable case of the government fielding half baked products.

The system had many false starts

From the moment it was conceived eMap has been riddled with problems. The then much spoken about Lazurus Dokora announced back in 2015, in his capacity as Minister of Education, that the government would introduce a system where the allocation of form one places relied on Grade 7 results rather than school based criteria which varied from school to school.

Nothing was heard for a while before the system was hurriedly brought online in December of 2016. Enraged parents were told on short notice that all form one applications for boarding schools. As people flooded to use it the system went offline as it buckled under pressure. Like all big projects someone also claimed the government had stolen his idea.

This year the system was offline for the most part of the year. It came back online just as soon as parents had need for it but not before people started panicking as they could not access the site. Someone clearly needs a lesson on how SEO works. Because of this again, scores of people rushed onto TechZim and soon the calls were flowing asking us what the heck we had done to eMap.

The eMap system clearly can do with improvements. Take a look at the UCAS platform for inspiration. There should be at least a ticket support system so that people’s problems. I cannot blame the developers here they are clearly underfunded and need help from actual support agents.

eMap is a noble idea that is constantly undermined by the way the government is executing the idea.