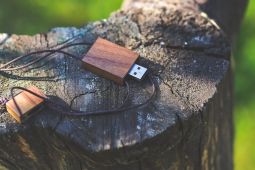 Besides being ridiculed as being as pliant as supple mulberry  branches, Zimbabwe’s ministers are often laughed off as hopelessly incompetent for the Ministerial portfolios they are often appointed to. Performances aside, I have always taken issue with the qualifications a number of past ministers of Finance held.

I am a great believer in actual on-the-job performances and all but I absolutely believe that in times of crisis being well versed in your field will no doubt make a difference. After all the Shona have a proverb: Zano pangwa uinerako. For complex issues having your own ideas requires you to have your own knowledge as well.

Let’s welcome Japan to the boondocks

Despite Japan being the world’s third largest economy they have decided to pull a leaf out of the third world hand book. Their Minister of cyber-security, Yoshitaka Sakurada, left his country dumbfounded after proudly proclaiming the fact that he has never really used a computer. Instead he directs his staff to do computer stuff for him. Something he has done ever since he came into a position of power at 25.

Since he is the Minister of Cyber-security and all, other members of his parliament were interested in knowing whether Japanese employees at Japanese nuclear stations were allowed to plugin USB drives. As most people in the ICT would know allowing USBs further opens the door to cyber-breaches. The good minister appeared confused with the whole concept of USB drives- it can thus be safely concluded that he has never met this animal called USB.

On the bright side

It is not all doom and gloom however, as many a Twitter user pointed out, during the inevitable ridicule that followed such a stunning revelation, it also make it extremely hard to hack Mr Sakuranda seeing as he does not even have a computer of his own. An unhackable Minister in charge of cyber security must be doing something right.

In the meantime Mr Sakuranda will be putting his ignorance to good use by planning the 2020 Olympics which will no doubt require a lot of technological deployments including 5G in stadiums. Again reports indicate he has been struggling to understand the Olympics brief given to him by his staff as it is full of technological acronyms the Luddite has never heard of.

9 thoughts on “You Think Zim Ministers Are Bad. Japan’s Minister Of Cyber Security Has Never Used A Computer”