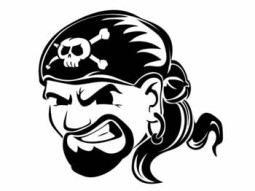 Zimbabwe remains one of the topmost havens of software piracy in the world, thanks to our country’s lax enforcement of trademark and copyright law in this area. According to the most recent survey by the Business Software Alliance, 89% of all software installed on computers in Zimbabwe is pirated. This puts us slightly behind Libya, which tops the unlicensed software chart with 90%. Only two years ago, Libya and Zimbabwe had the dubious honor of being the joint leader (with 90%) on the same infamous list.

The Global Software Survey for 2018 by the Business Software Alliance confirms that a lot of work remains to be done in the area of software piracy and this remains to be a challenge for Africa generally and Zimbabwe specifically.

While piracy in Zimbabwe is not as high as Libya, Zimbabwe percentage is still way higher than the average of Africa and significantly higher than the average in developed countries in the west. The survey claims that the approximate commercial value of pirated computer software in Zimbabwe is US$7 million. This value seems to be a bit misleading because the pirated software does not necessarily lead to a lost sale.

The dangers of using pirated software

Software piracy is a major problem because it is one of the biggest sources for security threats on the Internet and can lead to identity theft, unauthorized access, loss of data and damage of equipment. This should inspire fear to organizations and companies that are into pirated softwares. In this day and age, cyber attacks and data theft is more likely to have a far-reaching impact than a wrong a business strategy.

But why there is so much use of pirated software

As my colleague once asked; “What is the cause? Is software too expensive? We just don’t like paying for stuff? There hasn’t been any education on software piracy issues? Free and Open Source Software (FOSS) initiatives are failing? We don’t have the laws to deal with it?” Frankly, I don’t have the answer right now, I will do my research. But at the moment share with us in the comment section below, what you think is the reason we are using so much pirated software.

The hidden negative effects of unlicensed software in Zimbabwe

In addition to the security issues that software piracy presents to personal computing, the proliferation of piracy makes it difficult for Zimbabwe to develop a local consumer software market. Zimbabwe’s companies and startups will never be able to compete with the “free” price tag of pirated software. This is not only a loss to the economy but also a loss to consumers as they will not find products and services specifically tailored to cater to the Zimbabwean market.

It’s virtually impossible to use legal enforcement mechanisms to stop online software piracy because most of it is executed online from within the home. The rights holders to many of the popular computer software are also not legally present in Zimbabwe and as a result, would not be bothered to take legal action here probably because the Zimbabwean market is too small for them to come and pursue.

Reducing use of pirated software

One of the more effective ways for reducing piracy and protecting consumers at the same time is by raising awareness about the free and legal alternative to pirated software.

Instead of pirating a copy of Microsoft Word (for instance), one can legally download an open source tool that performs the same task, such as OpenOffice.org, which is not only legally free of charge, but has also been rigorously examined by numerous open source professionals and activists to ensure that it is safe to the most possible extent. In fact, there are open source alternative to many of the popular tools we use: OpenOffice.org for word processing, GIMP for photo editing, and Blender for 3D modeling.

But the problem with many of these tools is that they are not familiar to the average consumer and they require a certain learning curve before they can be effectively used to replace their commercial and expensive alternatives. Anyway, in order to overcome this challenge, open source alternatives must be promoted and used in schools, universities, and workplaces. The logic behind this is that ‘it is difficult to convince a student not to pirate Microsoft Powerpoint when the teacher has required the homework to be done specifically using it’.

Combating piracy is important if we ever care to develop our local software market. However, this does not necessarily mean that people need to be punished for it or force them to buy expensive software. Instead, they should be urged to use legal alternatives such as open source software and provide them with the skills they need to take advantage of these alternatives.

Also read: Report Names Zimbabwean Web Hosting Providers Among The Most Ignorant In The World