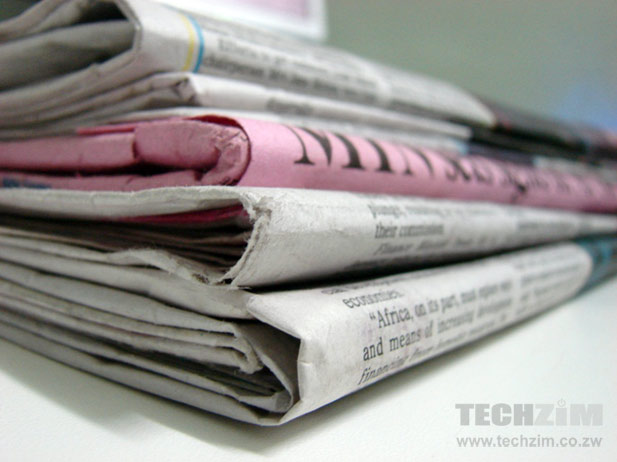 It’s an unusual experience to see a company like Facebook (or Google) advertising in local newspapers considering that they have no physical presence in Zimbabwe. I had that experience when I saw a Facebook advert in The Herald today.

Facebook has been heavily criticized for not doing enough to prevent the spread of false information on its platform during last year’s US presidential campaign. So, now Facebook has moved its campaign against fake news off the web and into print. This week, the social media network has taken out full-page adverts (ads) in The Herald, warning readers to think twice about stories they see in their News Feed. The ads, created by the social media giant, gives ten tips on how to spot a bogus news item, such as “Watch for unusual formatting” and “Is the story a joke? 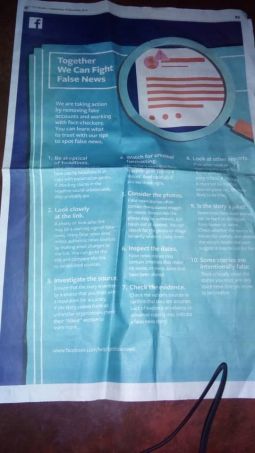 For those eager to spread false news unmediated by editors and fact checkers, social media provides huge, easy to leverage reach. As a result, distinguishing between factual information and fake news has become an increasingly difficult task for the average internet user worldwide. That’s why Facebook is going this far to educate users about fake news.

Print ads are meant especially for those who missed Facebooks online campaign against fake news. Additionally, the print ads are for those who are yet to start using the platform so that they will know how to go about it when they eventually ‘sign up’.

Whilst Zimbabwe hasn’t yet experienced tangible effects of fake news, India has even seen people being killed because of fake news. In the US, some even say Donald Trump owes his victory to fake news that badly affected his rival, Hillary Clinton. Accordingly, its wise of Facebook to run these print ads so as to preempt those kinds of things from happening here.