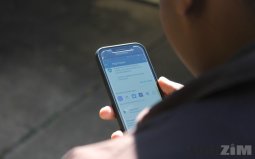 France is going for the jugular against tech companies as it contemplates introducing a digital tax from the first of January, 2019. The digital tax, which is being introduced to ensure that a fair share of taxes is paid by all companies, will target foreign tech giants that earn global revenues exceeding $853 million. Finance Minister Bruno Le Maire said:

The tax will be introduced no matter what on January 1 and it will be for the whole of 2019, for an amount that we estimate at 500 million euros ($570 million)

The tax, dubbed GAFA for Google, Apple, Facebook and Amazon, is for high-profit internet tech giants who France says, generally, pay a lower effective tax rate than other corporations. France is not alone in this assault against GAAF companies, its joined by Germany which also has been pushing the European Union to agree on a standard levy that all countries can charge on these tech giants.

Whilst the EU deliberates on what to charge the tech giants, France seem to be on its way to make a bold move of going at it alone at the moment and later on adopt the EU policy when they come to a decision.

African countries can only envy what France wants to do. Many (if not all countries in Africa) would want to tax companies like Google but they are failing to do that. That failure stems from the fact that these tech giants are offering Over-the-Top (OTT) services, hence they have no offices in every country. It is only the developed or (fast) developing countries, where tech giants have a physical presence, that can levy these companies. Accordingly, countries like Zimbabwe, Malawi, Venezuela and many more where Google-like companies don’t have physical presence fail to partake in the huge profits they make.

That’s why Uganda went as far as to even charge a social media tax on its citizens to dissuade them from using the OTT services provided by these American companies.

But what other African countries and many want from tech-giants doesn’t end at wanting a piece of the tech giant’s humongous monies; they even want the data these companies collect from us. I barely think these (undemocratic) African countries’ demand is motivated by wanting to use the data for good purposes (e.g stemming money laundering and terrorism etc.), perhaps they want to spy on citizens.