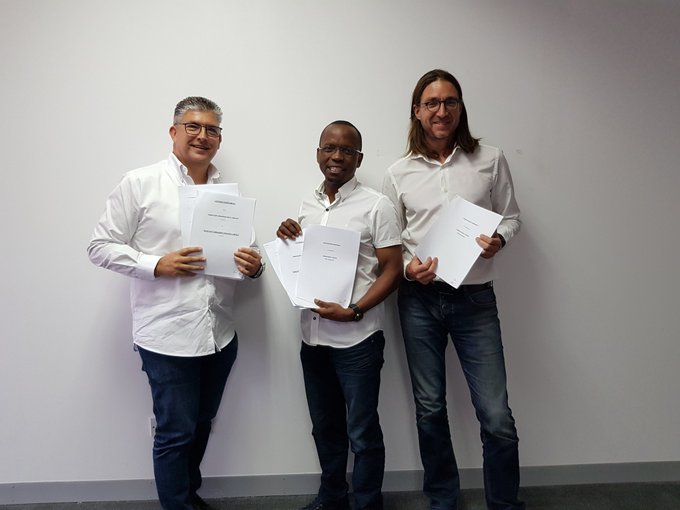 For early-stage startups, incubators offer great ways to grow their businesses that’s why across Africa, incubators are emerging rapidly to support a new generation of young entrepreneurs.  According to Shingi Munyeza, the incubator will be launch next year in March, which should give aspiring entrepreneurs ample time to sharpen their skills and ideas to be inducted in the incubator. Speaking about this initiative Shingi Munyeza said,

We are very excited to be joining forces with an organization such as Raizcorp which has an incredible reputation internationally. When I read that The Economist regards Raizcorp as the only genuine incubator in Africa, my first impression was confirmed that they would be the best partner. When I visited Raizcorp’s flagship operation in Johannesburg, I said to Allon Raiz that I wanted to replicate his model brick by brick in Zimbabwe. Zimbabwe’s small business owners deserve the very best support possible

To which the founder of Raizcorp, Allon Raiz who is regarded as a pioneer in the business incubation industry in South Africa, agreed to by saying;

We conducted thorough research before choosing a partner in Zimbabwe and Dr. Munyeza’s name came up again and again. His experience as an entrepreneur and at running a large listed group makes him the ideal partner. He has a deep understanding of the entrepreneur’s plight and what is needed in order to succeed in the tough economic environment of Zimbabwe…We are deeply inspired by the recent changes in Zimbabwe and believe the country will once again takes its place as an economic powerhouse on the African continent. Zimbabweans are highly educated and highly resourceful, and entrepreneurship runs deep in their veins

Raizcorp coming in Zimbabwe will shake up the start-up ecosystem significantly. New start-ups will emerge, and the existing incubators will probably try to be a bit more serious for fear of losing out the start-ups already housed under their roof. Not only will new startups merge but probably new start-ups with good ideas will pop up to give us more success stories in Zimbabwe (Its high time). Raizcorp is said to be the most successful South African incubator because its profitable without any grant funding according to The Economist (which is rare for incubators, to operate without funding and still make profits). But that can be taken to mean that Raizcorp really knows how to get the best out of start-ups to succeed, something that I hardly (and randomly) think hubs or accelerators and incubators in Zimbabwe are good at.