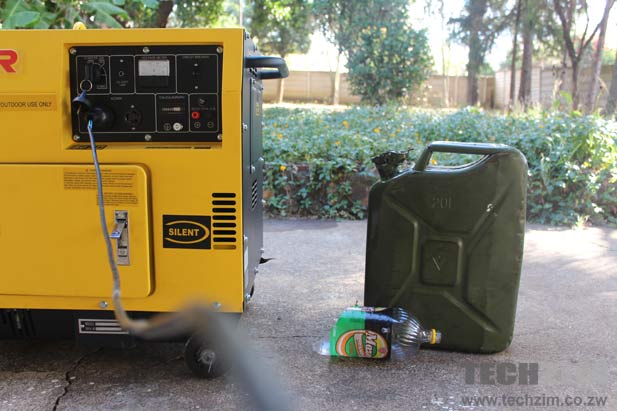 Barely a week after, Fresh In a Box introduced its on-demand fuel home delivery service, the government has stepped in to burst their bubble by instructing them to stop that. The government, through The Ministry of Energy and Power Development, issued a statement saying that fuel cannot be sold if a retailer doesn’t have a license nor a permit from the Environmental Management Agency (EMA). The Ministry’s statement said;

“Section 29 of the Petroleum Act states that no one shall retail petroleum products without a ZERA license. EMA Act Chapter 20:27 & SI 12, 2007 requires anyone wishing to transport hazardous to have a Permit from EMA.”

Fresh In A Box had partnered with Heavy Fuels, a petroleum retailer in Zimbabwe to deliver fuel to vulnerable customers such as the sick, elderly and pregnant women. Which made this on-demand service a noble one. The sick and the elderly had the convenience of receiving fuel at home in a jerrycan, whilst just paying the official fuel price (pump price) on top of a relatively affordable delivery price. Given the hassle of finding fuel in Zimbabwe these days, Fresh In A Box’s service was really needful for these ‘kind of people’ as it would probably take a toll on their health to wait on a queue for hours. But the government has chosen to pay no attention to that by just showing Fresh In A Box what the rulebook says,- which is, in a way, right because laws have to be obeyed even in a good scenario.

To avoid faulting any Zimbabwean law and ZERA regulations , we will not be delivering fuel to your home. We will deliver coupons that you can redeem at your convenience at Heavy Fuels (Zimbabwes First EGarage). NO long waits for our vulnerable customers

As you can see, Fresh In A Box seems determined to make the fuel venture live on by trying to legally get around the law. Not sure if the government will swallow it this time or they will draw out another section from the Petroleum Act to demotivate Fresh In A Box again.