Greed, Ads And Bugs Are Ruining ShareIt: Here Are Some Alternatives 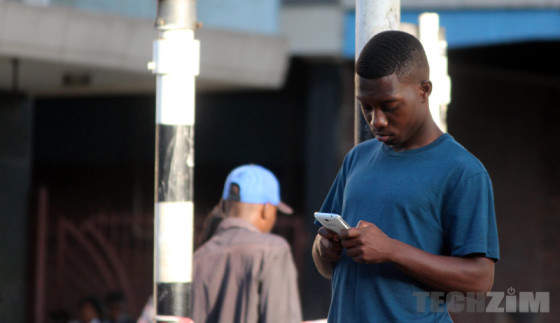 Those who had feature phones-The G-Tides and whatnots- remember days when sharing music and files involved painstaking hours of work using Bluetooth. Even for 10 songs the progress bar would inch ever so slowly towards hundred, biding its time like a wary chameleon.

Then ShareIt came and changed all that. The reason why the app became so popular is because it does one thing and does it well. It allows you to transfer files between devices usually using the 2.5 GHZ radios within the two devices to create a local hotspot.

Suddenly the agony of transferring files turned from a painful chore into a breezy task. Bluetooth speeds barely exceeded 300 kbps palling in comparison to ShareIt’s 30-50 mbps speeds. Naturally everyone was enamoured and most Zimbabweans now know about the app and use it in their daily lives.

Then along came the ads and annoying notifications: Here are some of them

Here is another mind boggling ad

For most services it is always a struggle to find a way to monetise the service let alone turn a profit just ask Amazon and Facebook. About a year ago ShareIt joined the annoying ad train that’s if you can call what they are pushing ads at all. Whenever you open the app the UI is cluttered by various banal video recommendations that are  the exact definition of fake news. Often these are lewd videos of little value to the user.

The UI is barely visible with various action buttons scattered around these recommendations. Sometimes the ads (again we are being generous here) actually obscure useful functions. The app also now has an annoying habit of sending you notifications at the oddest hours. Again just like the ads these notifications are spammy and often of zero use to the app user.

Then there are the bugs

Gone are the days when I would just open ShareIt and it would do what it was supposed to do. Nowadays the app is a hit and a miss especially on Android 6 and 7 where manually turning on the hotspot is a lottery exercise. Strangely on my devices ShareIt also asks me to turn on Bluetooth.

Add the annoying fact that even when the two devices are connected to the same WiFi network the app still insists on creating its own stupid hotspot instead of using the existing connection. I now hate the app completely.

The truth is these days I can go for weeks without ever using the app. I do not need the grief and have switched to alternatives. I especially use Silfer. Although this has ads it is less bloated and the interface is similar to ShareIt. The great news is that you can share files with other people who don’t have the app. In fact there are apps such as Xender that perform the same functions as ShareIt and are less bloated.

My 3 recommended ShareIt alternatives to consider