Here Are Yahclick-Utande’s VSAT Packages And Their Pricing 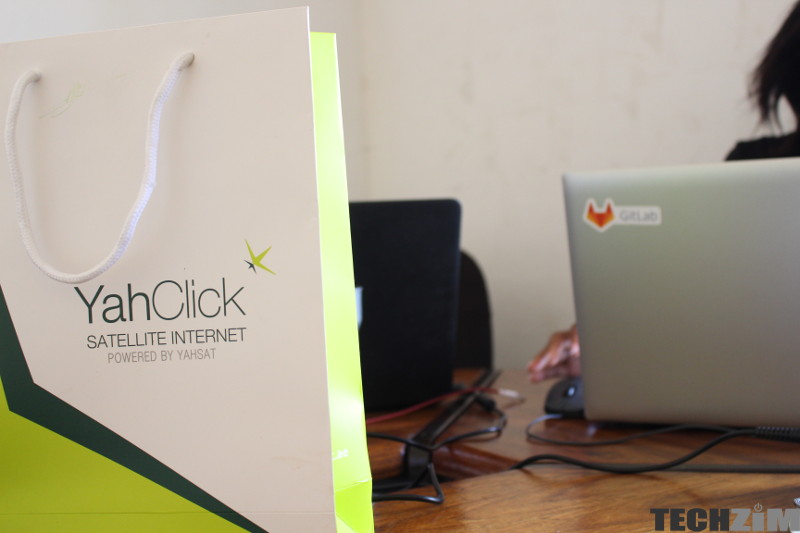 So about two weeks ago I noticed Facebook ads advertising Utande’s YahClick VSAT packages. We had previously announced that these two are teaming up to provide affordable VSAT packages aimed at the majority of Zimbabwe’s population who live in rural and remote areas.

Here are the packages on offer

The good news is that despite the recent price hikes their prices are still affordable. The thing to remember is that VSAT bandwith has always been expensive and cannot be compared to say Wibroniks, ADSL or Fibre. Utande-YahClick are offering both capped and uncapped packages.

Capped packages are rarely affected by shapping as providers want you to gobble up as mo of your data as fast as possible and come back for more. Utande promised that you will get as much of your advertised link as possible even with the uncapped packages.

So let’s talk about the Elephant in the room.When it comes to VSAT equipment costs are the usual turn off. This kind of out-prices most of the difficult to reach customers that would otherwise benefit from VSAT. Utande is offering 3 months payment terms. Also if you subscribe for at least 12 months you will get free equipment although the equipment will remain the property of Utande.

Another positive is that if you have your own equipment, may be from a previous link and it is compatible Utande will just use that equipment instead of selling you a whole new kit. In any case, where you already have a kit Utande will only need to replace certain components to make it compatible. They are amenable to that too.

When we posed this question to Utande they had this to say:

Based on the enquiries, the response and excitement, has been overwhelming because the market is hungry for this kind of service. However, the delay in the arrival of equipment has meant that the installations will only start happening in December although some customers have already paid. I think partnering with YahClick is one of the best decisions we have made as an organisation.

Are they not intimidated by the existing players

Well here is the thing. If you look carefully you will see Utande has already swallowed a lot of other players along the years. This includes iWay Africa who were already offering this service so they kind of already have been selling this service since 2010! The only thing new in all this is the partnership with YahClick.