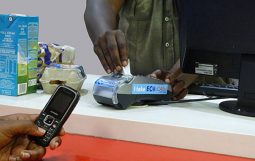 However, some remain cheapskates whether it’s festive or not, to the extent that they don’t even want to pay a cent of tax. The tax I’m talking about here is that 2% tax. Some pennywise people are managing to avoid paying this tax. They are avoiding the tax when they use EcoCash (simply because its used by many people), I’m not sure if other platforms are being used to do this. So my explanations will be in relation to the use of EcoCash.

How are they doing it?

As you well know the 2% tax starts to take effect when you spend or send above $10. So what some ‘clever’ guys are doing is; they send money in batches that don’t exceed $10 hence they don’t get charged the 2% tax. Suppose they want to send someone $20, they send $10 in two transactions (to make it $20) rather than send $20 in one transaction where they will be charged 2% tax (since $20 is over above the $10 threshold). Ingenious and tedious right? As you can see this kind of tedious ‘tax avoidance’ is only feasible when you want to send money to another person instead of paying a merchant. Yes, it’s still cheaper to make payments that way (send money in batches) but it’s not feasible. Will a cashier in Pick n Pay tolerate you to pay for a cake in batches? No, I don’t think so.