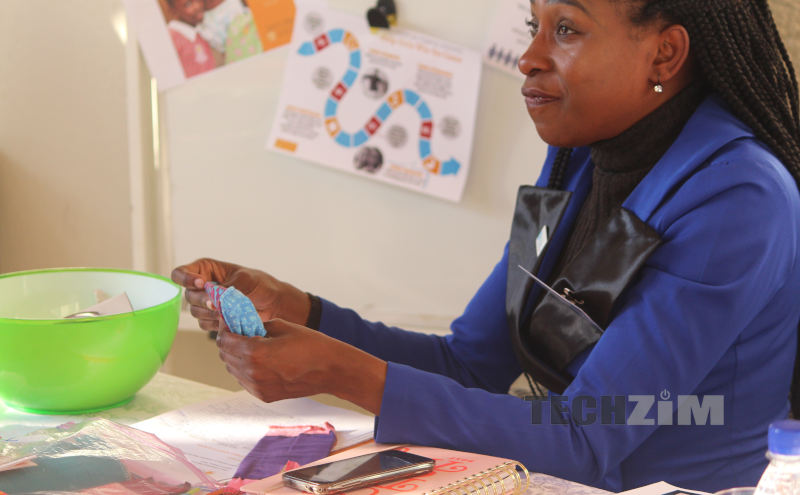 I have a good friend of mine, married to one of my closest friends. She’s one of the sweetest people I know. I also respect her out of the box thinking when it comes to making a living and contributing to the family income. She has a three-year-old daughter who qualifies to the sweetest list as well. These are real people.

My friend has a degree in language and linguistics. Besides the tricky proposition of getting a job in Zimbabwe generally let alone when you hold a degree in linguistics, my friend (let’s call her Chido) was not too sure she wanted a full-time job anyway. She wants to raise their daughter more full time and she preferred flexible working hours.

However, working for her is not just about making a living but she wants to contribute to lives outside of her family and to her nation. Chido is also genuinely passionate about language and communication and she wants to keep developing in her profession and to use her knowledge practically.

The perfect solution for Chido came from the internet. She looked around and decided to offer language-related training online. Local clients can reach her and enrol online for her classes. Most of her clients though are in Japan and she is teaching them English.

Her lessons are usually at night after spending time with her family and being in her daughter’s life for every waking moment. She gets to use her skill to help people who need to learn English for their careers and even to migrate to English speaking countries.

For her nation, Chido earns in foreign currency. It may be little but she is proud that she is a net earner of foreigner currency for the country when the majority of people are the opposite.

Chido works online for companies like Bibo Global, Engoo and Acadsoc. I was sad to hear from Chido that she lost her job on Acadsoc because she was not available for a lesson because of the total blackout of the internet on Tuesday and then on Wednesday.

Unfortunately for my friend even when the internet was restored on Wednesday late afternoon it was switched off again later that night before she had started her lesson on Acadsoc. The government was in effect punishing people for not going to work by switching off work for the few who could still do work from home.

Here on Techzim we have shared several opportunities for local developers to work online for companies that got in touch with us from UK, France and Spain. There was particularly a lot of interest at the beginning of last year when there was generally positive sentiment around Zimbabwe.

Some of the recruiters came and set up local offices here to coordinate local developers for outsourced jobs from Europe. The interest waned as the year progressed because of some disillusionment especially after August 1. Blacking out the internet is even worse.

Who in their right mind will outsource their time-sensitive projects to a country that can just decide to switch off the internet when the minister of state security wakes up on the wrong side of the bed?

Zimbabweans are not just selling English tutorship and software development skill via the internet. They are writing, doing marketing, doing data capturing, statistical analyses… We are churning out more graduates than the country can employ every year and we should take the opportunity of selling these skills online seriously. Countries like the Philippines are reaping meaningful rewards from this kind of thing.

The government has been talking about exporting skills outside the country by negotiating and physically sending people outside the country. Are they crazy? We live in the age of the internet, people don’t need to leave the country adding to our brain drain problem. They should work from here, from their homes gaining extra skills that the whole country can tap into easily. It doesn’t happen by switching off the internet.