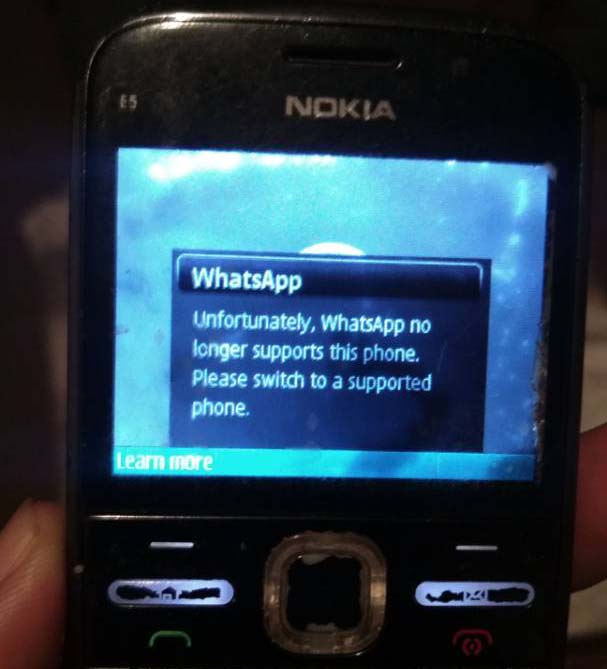 Going… Going… Gone. If you still had a Nokia phone that was part of the Symbian S40 series of devices then you probably had a rude awakening after the WhatsApp on that device stopped working on the first day of 2019.

Support for devices running this legacy OS expired on the 31st of December and for those still in possession of these devices it was probably a bad way to start the New Year. Support for Nokia’s legacy software has been getting pulled for a while now and S60 devices got their WhatsApp permits pulled as far back as mid-2017 so it’s a bit surprising that S40 devices lasted this much longer but they had announced the support would continue until 31 December.

Older Blackberry devices running BB OS –not the new ones on Android- along with Windows Phone 7 (yes that was the name of the OS) devices lost support in 2017 as well and it could be argued that these were more functional than S40 Nokia’s but maybe the number of Nokia’s running this OS was too significant to ignore.

Apart from NOT having good names, another thing these phones no longer have is WhatsApp… It’s clear I don’t have too many fond memories of any of these Nokia devices since my first useful phone was actually an Android (yuhp, I’m that young).

The WhatsApp shaped Grim reaper will be visiting android devices supporting Gingerbread (If you still using a Galaxy Y; HOKOYO!) along with iPhones running on iOS 7 or lower next. That’s an iPhone 4 or lower along with many Android devices from 2010. If you’re using a phone nearing 10 years you really should do something about it if you can for the sake of security and a decent user experience.