Last year at its developer conference F8, social networking giant Facebook announced a redesign for its Messenger app. And now, the redesigned app has finally started rolling out on Google Play Store as well as App Store. The main purpose of redesigning the Messenger app is said to be to make it more simple than what it was earlier. 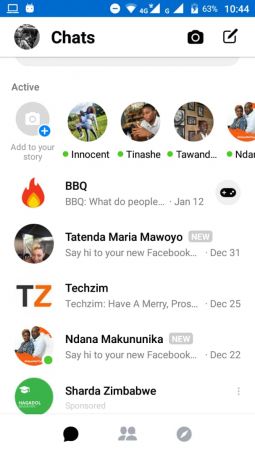 What’s in the new Messenger?

The new design delivers, at least partially, on some of the social network’s promises. When Facebook unveiled the design at its F8 developer conference last year, it promised a more straightforward experience, as well as a dark mode. While the dark mode is mysteriously absent (for now), Facebook did simplify the Messenger app somewhat.

For instance, the Facebook Messenger redesign has a simpler chat interface, so users can just communicate without distractions. There are only three tabs, compared to nine tabs that were on the previous Facebook Messenger version. The three new tabs, which are, ‘Chat,’ ‘People’ and ‘Discover’, contain just about everything that was split across nine tabs before. 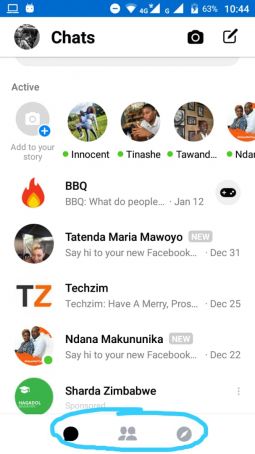 That being said, Facebook hardly trimmed excess features from Messenger. Instead, the social network moved them out of the way so users could focus on chatting. Most of those extras can now be found in the Discover tab. Discover is split into two sections, ‘Businesses’ and ‘Games’ on Android, or ‘For You’ and ‘Businesses’ on iOS. The For You and Games sections are practically identical, featuring several suggested games that users can play with their Messenger friends. The Businesses section is also functionally similar, offering a list of businesses users can message through the platform. 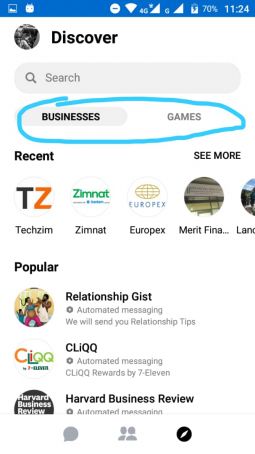 While the update doesn’t add too many new features to Messenger, it improves the experience to a great extent and makes the user interface of the app far more simpler than earlier. I feel that this was indeed a much-needed redesign for the Messenger app as it had rather become too overstuffed with the numerous features that have been added to it over the last couple of years.