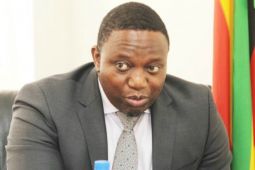 Honourable Kazembe Kazembe who is the Minister for INFORMATION Communication Technology Postal and Courier Services ( quite a mouthful so will just call him minister of ICT from now on if need be) has touted the importance of the internet as a catalyst for economic development.

He was addressing people who had gathered in Guruve this past Friday at the official launch of a local Community Information Centre set up by the Postal and Telecommunications Regulatory Authority of Zimbabwe (Potraz) using the Universal Service Fund.

The benefits that the Internet can deliver are very clear and well documented. At low cost, the Internet has empowered communities that have been known, historically, to be marginalised and these include from rural settings.

To that end, I have been informed that, apart from access to Internet in this community information centre, Potraz has provided a platform to enable you to organise yourselves into groups that can be trained in the use of computers, absolutely free of charge.

These utterances were made during the same week that Civic groups had to resort to the courts to compel the government to restore social media. It was exactly one week after the government had deemed it prudent to shutdown the entire internet so as to silence dissent.

Or most likely in my book maybe there is a disconnect between the ICT ministry and the State Security Ministry that shutdown the internet. It is something that has characterized our government. Policy confusion with departments falling on each other and undoing progress made by others. Government departments need to consult various stakeholders including other government departments before coming with decisions of national importance.