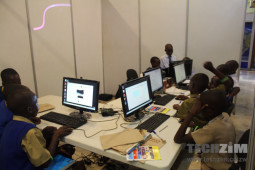 The recent switching on and off of internet, throttling and blocking of IP addresses has got many people thinking if the Zimbabwe government is not infringing our human right. Well, according to the United Nations Human Rights Council (UNHRC) internet access is a human right which means Zimbabwe’s government is violating people’s rights.

While blocking and filtering measures deny users access to specific content on the Internet, states have also taken measures to cut off access to the Internet entirely. The Special Rapporteur considers cutting off users from internet access, regardless of the justification provided, including on the grounds of violating intellectual property rights law, to be disproportionate and thus a violation of article 19, paragraph 3, of the International Covenant on Civil and Political Rights.

Sadly, the resolution is non-binding, meaning that its just a motion which UNHRC agrees to (that internet access is a basic human right) but it can’t be made a law by the United Nations. Its at the discretion of an individual country to put the motion into law, thus making the access to internet as a basic human right of its citizens. While the the UNHRC resolution is non-binding, the UN can criticise and exert influence on a country that tampers with the internet.

However, the UNHRC recognizes that there are certain circumstances in which restricting the information flow on the internet may be legitimate, such as cyber attacks but there are situations in which some countries often misuse this discretion.

There should be as little restriction as possible to the flow of information via the Internet, except in few, exceptional, and limited circumstances prescribed by international human rights law