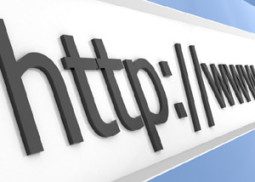 I was a fool to think that, our government was regretting its decision to shut down the internet a couple of weeks ago, apparently not. In fact, it will shut it down again in future when protests happen again according to Presidential Spokesperson, George Charamba. In an interview he said:

As a matter of fact, it’s a standard practice that whenever you have very serious civil disturbances in any country or an attack of a terrorist nature – we saw it recently in the UK – those services are suspended. Only for the duration of the disturbances. In our case, it was even more compelling because we then discovered that the internet was being used to coordinate those demonstrations unnecessarily. If it was a weapon of choice by the demonstrators, we had to make sure that that weapon of choice was denied them…….The internet is always live all the time and so it becomes a tool for coordinating for those trying to cause chaos and mayhem in society. So yes, it will be suspended. It was suspended and it will be suspended in the future.

One thought on “Internet Will Be Shut Down Again In the Future To Curb “Chaos And Mayhem In Society”- Presidential Spokeman, George Charamba”