Load Shedding Is Back With A Vengeance: ZESA Has Not Released A Schedule 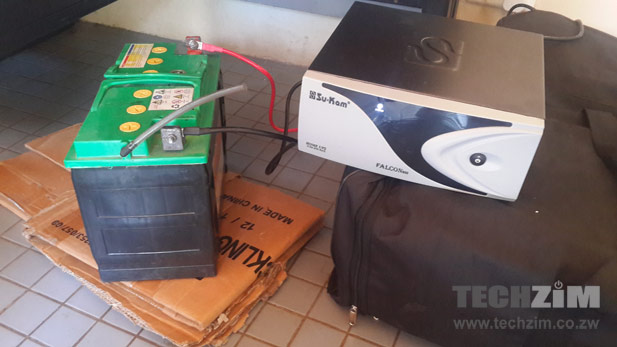 A lot of people at the TechZim office have been complaining about power outages and I think I have noticed a trend. There seems to be systematic power losses in most of Harare’s suburbs. In fact like clockwork, power goes out around 7:30-8:00 in my suburb and comes back around 15:00.

Others at the office have had similar experiences although the timetables differ from suburb to suburb. The nature of these power outages can only mean one thing: Load shedding is back. What sucks is that ZESA did not give any forewarning about this but again ZESA seems to have given up on communicating a long time ago. Consider what happened towards the end of 2018 for example.

Left in the dark

On the last Friday of 2018, I was in Beitbridge frantically searching for transport to bring me back to Harare. My phone was almost out of battery so I decided to look for one of those charging places. The guy behind the counter had plugged it for like two minutes before power went out. Without a word he quickly switched to solar power. The two of us did not think much of it.

I finally boarded an overpriced kombi later that evening and I noticed that all the southern towns and growth points we passed were in darkness. Again none of us, passengers, thought much of it. Days later it became clear that there was a massive outage caused by collapsed pylons and several faults resulting in much of southern Zimbabwe being left in darkness.

The weird thing is that although ZESA knew about this major fault they did not communicate this to the public. A lot of people spent new year in darkness without knowing why. Even stranger still is the fact that the ultimate ZESA guy, the Minister of Energy and something-something, Honourable Joram Gumbo was also in the dark about this.

In fact most people probably were not bothered by the incident as they have come to expect nothing but incompetency, shoddy service and silence from ZESA.

ZESA needs to do better

During the above incident I learnt something about ZESA as an organisation: they actually have a spokesperson! Who knew? We all know the Zimbabwean government is struggling to meet the country’s energy needs due to forex shortages so load shedding would not be surprising. It is sort of expected.

The thing though is that ZESA needs to communicate these things and release schedules. I remember at one time people in my neighbourhood spent days without reporting a fault because they thought this was some sort of sick load shedding joke- ZESA does that sometimes. Turns out the transformer which was located in a bush was gone and had been gone for days.

The other thing is that some suburbs especially middle and low income areas seem to bear the brunt of load shedding. People in areas such as Kuwadzana, it would seem, are almost always in the dark while high income areas where Big Chefs live are spared. The same big chefs who don’t pay their bills.

A schedule will allow us to plan and make sure that load shedding is being equitably applied.

Eons I go I wrote a guide on solar power. It is still very relevant especially for some of us who prefer to work from home a lot and whose jobs are dependant on the availability of power. A budget solar system will power most essential home appliances such as TVs, laptops, routers and TV boxes.