President Mnangagwa Not Going To Davos, He’s Coming Home To Deal With Crisis 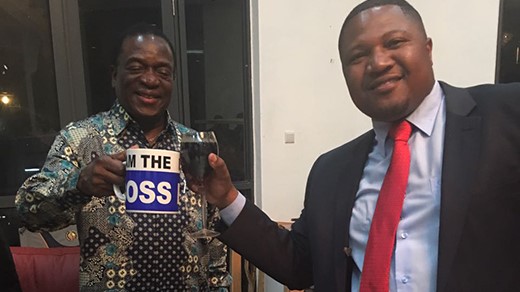 Reports say the president is no longer going to Davos, He is cutting his trip short and coming back home to deal with the crisis rocking the country since early last week.

President Mnangagwa was set to attend the World Economic Forum meetings in Davos for the second consecutive year as the president of Zimbabwe this week. He succeeded in charming the international community on his maiden appearance in Davos last year although nothing much materialised as investors adopted a wait and see till the election stance.

The country’s reputation has taken a massive beating since that time. The election itself was conducted peacefully but protests erupted as results were being announced on the 1st of August last year with people being shot dead in Harare. Even so, the president has been trying to persist in pushing his mantra that Zimbabwe is open for business.

However, the man doesn’t seem to be catching a break as protests erupted two days after he announced a 3 fold price increase in petroleum products. The protests turned violent and the police and army reacted with disproportionate force using live ammunition just like on August 1 last year. The authorities are now claiming it was actually civilians who stole and put on army and police uniforms and started terrorising fellow civilians. Anyway, this is not tech…

The whole episode resulted in the government issuing a directive for the total shut down of the internet. The internet was switched off across the country around mid day last Tuesday, some four hours after access to social media had been blocked on all networks.

This is the mess the president is coming back to. One can almost feel sorry for the man. Everything has just become complex. The blocking of the internet is being condemned around the world including by ‘The Elders.’ The reputational damage could be a bit too much now.

The Ministry of Foreign Affairs insists that the president has pulled out of the World Economic Forum of his own volition. This is because there is an online petition that has been signed by 60 000 people calling for President Mnangagwa to be banned from attending the Davos meetings.

Whatever the reasons may be, it should be a good thing for the president to come back and actively lead the resolving of this mess. One of the first and small acts of goodwill he could perform is to reverse the ban on social media and to speak against the block of the internet altogether.

His spokesman has already revealed some level of ignorance regarding the significance of that ill advised move when he spoke justifying it. The president can choose to spin out his own story, it can be some PR nonsense for all people care but if he makes the gesture of admitting that the state’s violent reaction and its blocking of the internet was a mistake he could earn some much needed goodwill.